While Annalise is planning her escape, things get heated on Nate’s case regarding who killed Nate Sr. Things seem to be falling apart for Bonnie, and with the Governor and Xavier Castillo taking the stand, things may get worse. Our killer panel talks all about tonight’s episode: Jaimi Gray @jaimigray & CJ Walker @icjwalker

The brilliant, charismatic and seductive Professor Annalise Keating (Viola Davis) gets entangled with four law students from her class “How to Get Away with Murder.” Little do they know that they will have to apply what they learned to real life, in this masterful, sexy, suspense-driven legal thriller from Shonda Rhimes and Betsy Beers, executive producers of “Grey’s Anatomy” and “Scandal.” 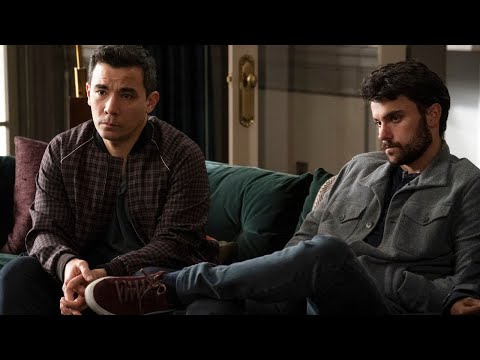 Show Summary: “How to Get Away with Murder” stars Viola Davis as Annalise Keating, a law professor at a prestigious Philadelphia university who — with five of her students — becomes entwined in a murder plot.

Annalise is back in town and her mom is there to keep her grounded. The K4 is forced back into a room with Annalise after the charges against her led to her knowledge of them taking a deal (but she pretends that she doesn’t know). Tegan joins forces as Annalise’s co-counsel and vows to help her as much as she can. Bonnie and Frank start to wonder if they should formulate their own plan, but Mrs. Ophelia thinks they are shady. Mrs. Ophelia also visits Nate to tell him that he is wrong for going against Annalise, but it seemingly doesn’t work because it looks like Nate gave information to the FBI against Annalise. Gabriel partially witnessed Asher’s death and goes to the FBI to tell them that it was Laurel, but quickly realizes that it was the FBI agent, AKA Castillo employee, assigned to Asher’s case that killed him.
This aftershow was hosted by: April Whisenhant, Elayna Fenelon, Jaimi Gray and CJ Walker