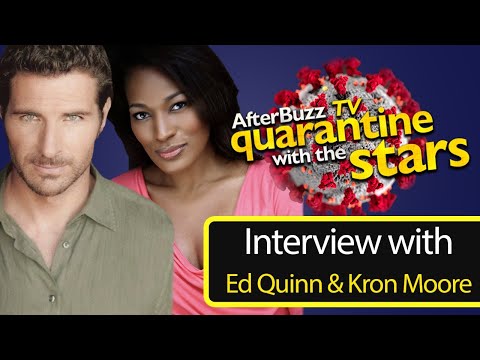 Ed Quinn originally pursued a path in music before considering a career in acting. He was born in Berkeley, California and attended the St. Mary’s College High School. After high school, Ed attended the University of California, Berkeley. He graduated in 1991 with a Bachelor of Arts degree in History and lettering in Rugby and embarked on modeling throughout Europe, including Paris, Milan and Barcelona. Upon his return to the United States, Ed began his acting career. His first big break was the role of FINN in 2000 on the television series “Young Americans”. Ed found work mostly on television during the early 2000s, including Jack & Jill (1999) and Crossing Jordan (2001). He appeared in the video sequel Starship Troopers 2: Hero of the Federation (2004). Other television appearances included episodes on JAG (1995), CSI: Crime Scene Investigation (2000), CSI: NY (2004) and most notably on vampire series True Blood (2008) and the Sci-Fi comedy/drama series Eureka (2006) in a Series Regular role. In recent years he has joined the casts of hit shows such as 2 Broke Girls, One Day At A Time, and Mistresses. During his time as a musician, Ed studied with instrumental rock guitarist Joe Satriani. After playing in the Los Angeles-based bands Mad Theory and Scattergood, Ed went on to cut his first solo demo CD, entitled “Quinn”.
Kron Moore grew up on the west side of Detroit. She has always been interested in the arts, particularly music. She began her performing career in grade school musicals and plays. In her teenage years, she was a member of several R&B/Soul groups before she branched out as an R&B/Pop soloist. She completed her solo album in 2002 and contributed lead and background vocals to several R&B, Gospel, Jazz and Hip-Hop artist’s recordings. Kron holds a B.A. in Psychology from The University of Alabama, and graduated at the top of her class from the Specs Howard School of Broadcast Arts Video program. Her aspiration was to become a television news anchor, but soon after graduation, she was cast in her first film project. Shortly thereafter she involved herself in a host of stage and film productions. Between 2005 and 2015, Kron has been credited in over twenty- five stage productions. She’s done voiceover work for several radio commercials: MDCH Peanut Gallery Commercial, MDCH Fortune Teller Commercial and Citizens Bank. Kron has also appeared in the following television, film and industrial projects: Tyler Perry’s The Haves and the Have Nots (TPS), Swamp Murders (ID Channel), The Bewick & Mack Show (PG Productions), The Outsourced (Rod Oliver Productions), Mirror on Fire (Prince of Peace Productions), Game Over-Short Film (Rod Oliver Productions), This Must Be The Place- Feature Film (Cheyenne Pictures), Detroit 1-8-7 Pilot Episode (ABC Studios), Sucker- Feature Film (Sucker Prod., LLC), Johnson & Johnson (Luxe e Media), Merillat Kitchen (Hanson, Inc.), Cottonelle (Biggs Gilmore), Ford- Television Commercial (Metro-Detroit Ford Dealers), Into the Light- Feature Film (Rod Oliver Productions), BASF- Industrial (Matthew Hieber Prod.), GMAC- Industrial (MoonKochis Prod.), Ban Deodorant- Web Commercial (Enlighten Productions), InZer0- Series (Jamie Sonderman, Dir.), Company Policy- Short Film (Marshalle Montgomery, Dir.) and The Movie Show Plus (WB20-TV). Kron is also the lead vocalist of the Detroit- based band: Merge.