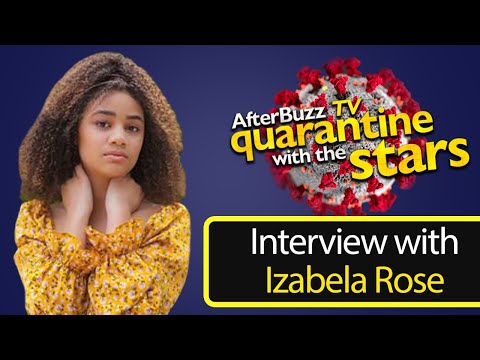 African American-El Salvadoran-Italian superstar in the making Izabela Rose is poised to follow in the footsteps of Disney legends Zendaya, Selena Gomez, and Demi Lovato as she leads the cast of the new Disney film UPSIDE-DOWN MAGIC (Summer 2020), based on The New York Times best-selling Scholastic fantasy fiction books of the same name. UPSIDE-DOWN MAGIC centers around 13-year old ‘Nory Boxwood Horace’ (Izabela Rose), who discovers she has the ability to transform into animals, as she enters the Sage Academy for magical studies with her friend Reina Carvajal (Siena Agudong), who can manipulate flames. Izabela Rose gives a standout performance as the funny, charismatic, and optimistic heroine, whose unwavering belief that her unusual talent, along with those of her wonky friends, are just as valuable as those of her peers. Upside-Down Magic | Disney Wiki | FandomOriginally hailing from Valley Ranch, Georgia, Izabela discovered her love of performing at an early age when she began modeling and competing in pageants all over the Southeast. It wasn’t long before she realized her future was in entertainment, and by 2016 she had booked her first commercial for ABC Family. Soon after, she relocated to Los Angeles to pursue her twin passions of acting and singing. Steven Spielberg personally selected her for the role of ‘Olivia’ in AppleTV+’s reimagining of the classic anthology series “Amazing Stories,” and will soon star as the sassy ‘Young Jess’ in Disney+’s “Sulphur Springs” which has been described as a “Stranger Things”-like supernatural drama for the younger set. When she is not in front of the camera or honing her craft, Izabela spends her time volunteering with the Atlanta Mission and other charities dedicated to helping the homeless, a cause close to her heart. She also enjoys playing video games (Minecraft and Roblox are her favorites!), guitar and speaks Spanish fluently.