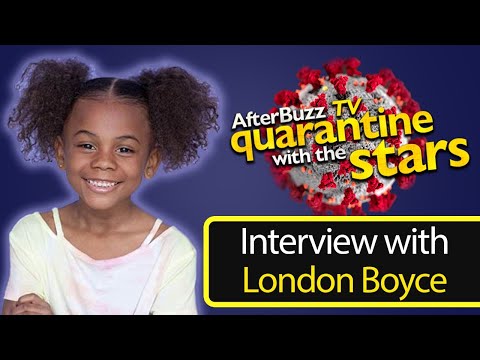 The motivated youngster can also be seen starring alongside Janelle Monáe in the upcoming Lionsgate thriller “Antebellum.” London Boyce stars as ‘Kennedi Henley,’ the daughter of Monáe’s character Veronica. The film centers around Veronica, a successful author who finds herself trapped in a horrifying reality set between two time periods. Boyce’s other acting credits include a guest-starring role on an episode of the Investigation Discovery show “Twisted Sisters.” Born and raised in Houston, Texas, London Boyce is a triple-threat. Aside from being an actress and author, she is also a young entrepreneur alongside her brother, Thomas Boyce. The two siblings have their own ice cream truck called Boyce Kids Cream Machine, where they sell ice cream during the summer at different festivals and events. Boyce is also the face of the latest Blue Bell Ice Cream campaign. When London Boyce isn’t acting, she loves to do a multitude of sports like gymnastics and dance ranging from ballet to hip hop. She also participates in Operation Christmas with her family, where they buy different items at Christmastime and ship them all over the world to those in need. Boyce also has an impressive singing voice, and she would love to one day pursue singing professionally. One of her career goals is to have her own Nickelodeon show or work alongside Storm Reid.