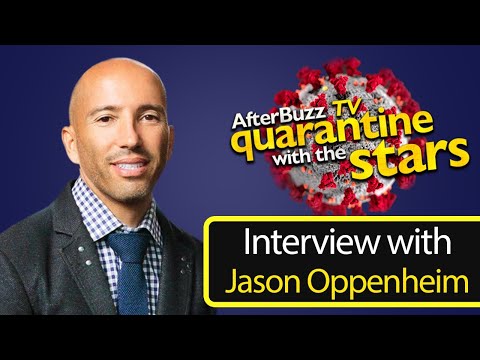 As President and Founder of The Oppenheim Group, Jason leads a team responsible for representing buyers and sellers of distinguished properties throughout Los Angeles. He is consistently ranked as a top agent in the country and the #1 real estate agent in the Hollywood Hills/West Hollywood by the Wall Street Journal, and identified as a Top Real Estate Agent in Los Angeles by The Hollywood Reporter and Variety in their annual lists. Jason also receives significant attention within the real estate community and beyond as a star of the hit Netflix show Selling Sunset, featuring his brokerage and agents as they sell luxury homes to their affluent and celebrity clients. With more than $1 billion in closed sales, he currently has more than $300 million in active listings, including the largest home in the Hollywood Hills and one of the largest listings in Los Angeles at $100 million. Jason received his law degree and an undergraduate degree from UC Berkeley, where he graduated Phi Beta Kappa and first in his class. While at UC Berkeley, Jason held a position as an instructor in the Political Science and Legal Studies Departments. After law school, Jason joined the Los Angeles office of the international law firm O’Melveny & Myers where he represented a broad range of corporate clients including the former CEO of Enron Corporation in a multi-billion dollar civil class action as well as the widely publicized Enron criminal trial. He later represented Advanced Micro Devices in a worldwide monopolization suit against Intel Corporation. Jason’s trial work, along with others’, has been featured prominently in The American Lawyer, New York Times, Los Angeles Times, and other major publications. Following a successful career in law, including a prominent victory at the United States Supreme Court, Jason left his legal practice to follow five generations of family real estate tradition that began in 1889 when his great-great-grandfather started one of the City’s first real estate companies. He initially joined Coldwell Banker and quickly established himself as one of the Nation’s leading realtors – their team was recognized as the #1 Real Estate Team on the West Coast. After only three years in the business, Jason founded The Oppenheim Group brokerage at the corner of Sunset Blvd. and Sunset Plaza Dr., where he and his team currently sell more than 100 properties a year, including many record-breaking transactions. He closed several of the highest-priced sales on the Sunset Strip including the largest sale ever recorded and the highest-priced sale per sq. ft., the largest Beverly Hills land sale, the highest-priced commercial sale per sq. ft. in Beverly Hills, and the highest-priced sale in Outpost Estates. His properties have also been featured in many of the world’s most prestigious real estate magazines, periodicals, and websites. Throughout his career, Jason has traveled to more than seventy-five countries on five continents identifying select properties and leading numerous multi-million dollar real estate transactions. He is also constantly dedicated to enriching the profession, where he has been hired to teach Real Estate Practice at the University of California, Los Angeles and has been retained to provide expert testimony in real estate litigation cases.