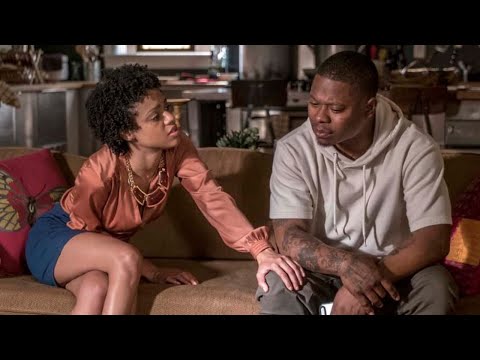 The Chi After Show Podcast Recaps, reviews and discusses episodes of Showtime’s The Chi.

Season 3 premiere of The Chi opens with Kevin’s mom getting married to a new character, Dre, on the same day as Brandon’s funeral. Keisha has a chance to leave Chicago with track scholarships and Emmett encourages her to do something with her life. Meanwhile, he has taken over Brandon’s Taco Truck and promises Kev that he’ll look out for him. Trig, a new character who is actually Jake’s older brother, has a violent runin with Duda. Ronnie is still drinking and passes Keisha at a bus stop leaving us to think she has been abducted.
Be sure to check out the After Show hosted by: Lauren Hubbard, Chef Beanz, & Erika Edwards.

The Chi Podcast
The Chi After Show Podcast Recaps, reviews and discusses episodes of Showtime's The Chi. Show Summary: The South Side of Chicago carries daily danger, and the smallest and simplest of decisions can have life or death consequences for the residents. Life continues as the kids prep for school and their parents shuffle off to work. The young adults of the area are trying to scrape a living for themselves, while the elders sit on their front porches and observe the goings on.
Perry Mason S1 E3 Recap & After Show: Emily's Darkest Hours….so far.
by AfterBuzz TV

Hosts Loren Kling and Erika Edwards breakdown all the twists and turns of Chapter 3.  Emily Dodson after being arrested loses not only the support of her husband Matthey Dodson but the financial backing of his father.  Perry Mason learns that while George was working for the church he was also working for the casino.  He takes Lupe to the casino to mix a little business with pleasure. The cops issue veiled threats to Drake to get him to keep quiet about what he saw at the scene of the crime.  However, Perry is persistent and Drake eventually tells Perry all he knows and Perry realizes that the cops have tampered with George’s body.   You can catch all this and more!! Just tune in, like, and subscribe!