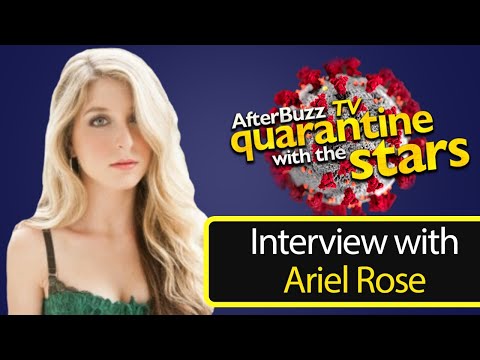 Award-winning music artist Ariel Rose will release her new single and music video, “Somebody Loves You,” on May 22, 2020 on Spotify, Apple Music, iTunes and all other streaming platforms. “Somebody Loves You” is a nostalgic, uplifting and comforting reflection of a “better” time, that includes footage of Ariel as a child. In the wake of the COVID-19 outbreak, the global pandemic has left many battling loneliness and mental health issues due to extreme isolation. Since May is also Mental Health Awareness Month, Ariel Rose felt compelled to release her latest single to remind the world that “Somebody Loves You.” I thought you would really love her music and her messaging. AND…What is really interesting is although she speaks English (but is learning Spanish) she is really inspired by Spanish music and culture, being from Miami and has worked with major power players like latin-Grammy nominated producer Juan Vicente Zambrano and he helped her put out an album half in Spanish. The Miami native is excited to be teaming up with the nonprofit organization United Way of Miami-Dade and will be requesting donations for the organization’s Miami Pandemic Response Fund to help working families with emergencies and mental health needs. On May 22nd, she will host an IG Live single release concert & Q&A via her channel @IamArielRose at 5pm EST to bring awareness and help raise funds to support the United Way of Miami-Dade. The United Way has been an innovative force in the community, successfully responding to emerging needs and transforming people’s lives. For more information and to donate, visit www.unitedwaymiami.org/ohh_covid19.

Michael is an actor/filmmaker from Chicago, IL who stars in The CW series, “Roswell, NM.” He made his television debut alongside Zooey Deschanel in Fox’s “New Girl,” and his short film, “Meme! True Hollywood Story,” won the 2016 Tribeca Film Festival. His latest film, “5 Years Apart,” is due for a 2019 release. It’s the first feature film Vlamis has produced and starred in. He is theatrically represented by CAA and Grandview, and commercially by Nu Talent.