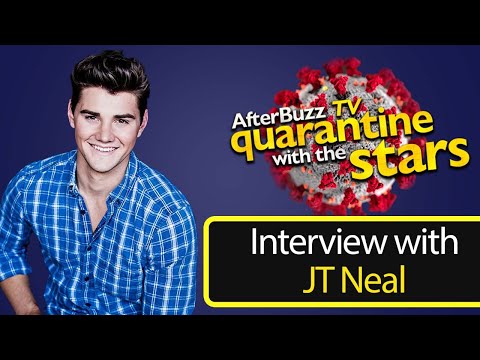 JT Neal stars as the handsome farm boy Jacob currently on “Bless This Mess” currently in its second season. The show, from “New Girl” creator Elizabeth Meriwether and Lake Bell, follows New Yorkers, played by Dax Shepard and Bell, as they navigate leaving the big city to move to a farm house they inherited in Nebraska. They encounter unwelcoming neighbors, an unexpected barn dweller and lots and lots of chickens in their new country life. Season 1 saw Jacob in many comedic moments including the loss of a finger as well as a haircut gone wrong. Season 2 introduces a romantic interest to the farmer in training. The project has been JT’s dream as it combines one of his favorite television writers and comedy with veteran actors he’s always looked up to. The series also stars Pam Grier and Ed Begley Jr. and airs Tuesdays on ABC at 9:30 p.m. ET. JT grew up outside of Dallas with parents who embraced both film and music, so it was no surprise when at 12 years old he booked a role in a one act play at school. JT quickly fell in love with acting and his mom began to research acting schools and training programs so he could have the best training possible to pursue his dreams. He was accepted at Dallas’ prestigious Booker T. Washington High School For The Performing And Visual Arts; he drove over 100 miles each day to attend. JT booked his first job in Disney XD’s “Labrats” where he loved being on set so much that he didn’t want to use his dressing room. Moving to Los Angeles in 2014, JT booked roles in several TV series. He has gone on to book a supporting role in the Netflix film “Sierra Burgess Is A Loser” which was released in 2018, 2019’s successful Netflix teen movie “Malibu Rescue” and a starring role in the Sony romantic drama “Life In A Year”, opposite Cara Delevingne and Jaden Smith. When not filming, JT loves to volunteer with Share A Meal, a charity that makes and delivers food to the hungry via food trucks in the Los Angeles area. He has volunteered every week for 2 years with the charity and is passionate about donating his time to help those in need. He plays the guitar, enjoys collecting antiques and vintage clothing, and has an impressive collection of vintage band / concert tees. He credits his parents for helping him succeed and telling him anything was possible, which has instilled belief in himself and the idea that with hard work he can make anything happen.
Make sure to subscribe to AfterBuzz! – http://youtube.com/afterbuzztv
Follow us on http://www.Twitter.com/AfterBuzzTV