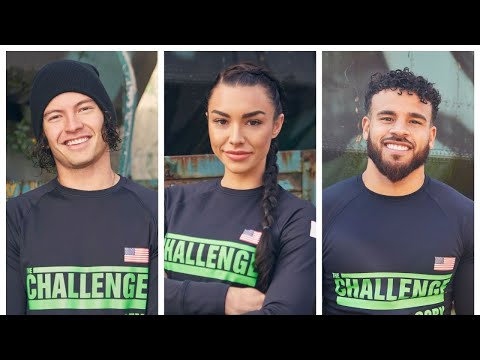 The Challenge, a mix between Real World and Road Rules Challenge, featuring alumni from the past shows as the contestants compete for a cash prize, is such an insane show, we HAVE to talk about it! That’s why we have THE CHALLENGE AFTER SHOW! Tune in here for reviews, recaps and in-depth discussions of the latest episodes, as well as the insider scoop from cast and crew members on the show as we go crazy. It’s going to get bananas because there’s basically a different guest each week!
Ep 2 comes in hot with a potential love triangle between Dee, Jenn, and Rogan. In our challenge of the night missile crates are carried for miles and then dropped from a helicopter! More drama ensues later in the ep when Jenn is thrown into elimination which somehow turns into an argument between her and Dee. Dee is given the opportunity to go against Jenn in the elimination but declines sending shock waves through Purgatory. In the final elimination of the evening Rookie Jenn goes up against Jenny and loses making her the first female eliminated in Season 35 of the Challenge Total Madness.