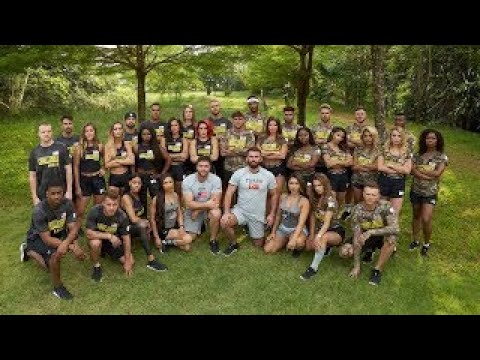 The Challenge, a mix between Real World and Road Rules Challenge, featuring alumni from the past shows as the contestants compete for a cash prize, is such an insane show, we HAVE to talk about it! That’s why we have THE CHALLENGE AFTER SHOW! Tune in here for reviews, recaps and in-depth discussions of the latest episodes, as well as the insider scoop from cast and crew members on the show as we go crazy. It’s going to get bananas because there’s basically a different guest each week!
The Challenge is back and the season premiere of Total Madness did not disappoint. An intense challenge kicks off the episode where each cast member is vying to get first place. In the end Rogan wins for guys and Jenny wins for the girls.
Later they learn where they will be staying for the remainder of their time, and to their surprise it’s not the fancy digs they are accustomed to, instead they’re living in a bunker with no windows. The losers of the Challenge have to vote on one person to go into elimination, Rookie Asaf is chosen. During the tribunal meeting with Jenny Rogan, and Cory, they decide to choose Rookie Jay to go against Asaf.  The elimination was an exciting one. Both Jay and Asaf held their own, but ultimately Jay got the W, and then learns about an exciting twist. The casts finds out that in order to compete in a final you have to win an elimination. Jay is then given a red skull symboling that he won an elimination.

This After Show was hosted by Benny Adams, Dan Lingren, and Pamela Gross.