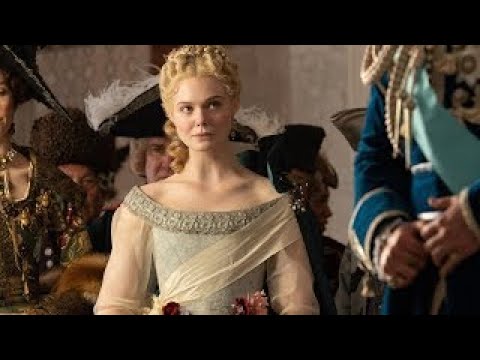 Want to catch up on some Russian history? How about with a dash of comedy? Join us on THE GREAT AFTERBUZZ TV AFTER SHOW as we follow one longing for love woman, as she becomes the longest reigning female ruler of Russia. Subscribe and comment to stay up to date.

On this weeks episode of Hulu’s original The Great – SEASON 1 – EPISODE 8 – Meatballs at the
Dacha – Peter surprises Catherine with a diamond in hopes of keeping things peaceful between
them, but it does not change her mind. She instead tries to speak with Velomontov to gain his
trust and advice with a painted birthmark of Russia on her thigh. But he is too entranced with
Catherin’s beauty to hear exactly what she is talking about. She continues to try to persuade
him to hear her ideas on the current war and the ones in the future, but he is too enticed by her
to listen to anything she has said. She takes a different approach and dangles the idea of her
coup. He gives her a check of reality, admitting that he or anyone could turn on her at any
moment. But after the deal with the Swedish King and Queen, he promises not to get in her
way by joining her coup.
Peter has a grand idea to cut the Swedish Ambassador’s head off at a banquet dinner. Instead
he is swayed by Catherine to discuss business instead. The discussion worked and he meets
with the Swedish King and they bond immediately. The meeting allows Catherin and the
Swedish Queen to speak, who has very different ideas on knowledge progression than
Catherine. She wishes for a more simple time without the printing press, science or knowledge.
The kings begin to seek a deal instead of war and the King of Sweden wants to take St.
Petersburg. Peter begins to realize the negotiations are not going well and shoves a plum in the
kings face. Negotiations are off and the war is back on.
Catherine tries to persuade Peter to pursue peace. She goes back to the Swedish King and
Queen to try and convince them to work with Peter. Her efforts work and they reach a deal
with an apology. Her plan pleases them both.
Leo is having a hard time dealing with coming in second to Peter and is going to leave. But
Marial tells Leo about the coup to keep him from leaving, showing him Catherine’s entire plan
on how she will eventually take power. He is accepting of the idea and decided to stay.
Hosted by Cody Epperson, Tatiana Mariesa, Rachel Goodman, and Toree Weaver
Follow us on http://www.Twitter.com/AfterBuzzTV

The Great After Show Podcast
Want to catch up on some Russian history? How about with a dash of comedy? Join us on THE GREAT AFTERBUZZ TV AFTER SHOW as we follow one longing for love woman, as she becomes the longest reigning female ruler of Russia. Subscribe and comment to stay up to date.
The Great S1 E10 Recap & After Show: For The Love Of Russia
by AfterBuzz TV

With the Russia still on her mind, Catherine decides that her birthday is the perfect time to kill Peter. As Peter and Leo compete to present her with the perfect birthday gift, she rallies up the troops to take action. Her fate quickly turns when her plan goes south. Knowing that her title is on the line, Marial spills the beans to Peter and includes one very important detail. Full of rage, Peter is conflicted on whether to kill Catherine and their unborn child, or spare their lives. They seem to find a middle ground until Peter plays Catherine at her own game. The hosts discuss this exciting cliffhanger and more on this episode of Afterbuzz TV’s The Great Aftershow.