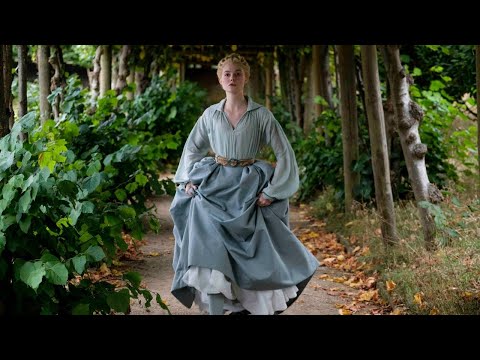 Want to catch up on some Russian history? How about with a dash of comedy? Join us on THE GREAT AFTERBUZZ TV AFTER SHOW as we follow one longing for love woman, as she becomes the longest reigning female ruler of Russia. Subscribe and comment to stay up to date.

On this weeks episode of Hulu’s original The Great – SEASON 1 – EPISODE 5 – War and Vomit – Catherine is given the chance to come to power without the help of her coup. Gregor becomes enraged when he finds bruising on his wife from Peter in their sex-capade . Having had enough of sharing his wife for sexual pleasure, he poisons Peter with arsenic. Catherine, overjoyed at the thought of having her ideas come to life while ruling Russia, fumbles in front of the court of men and becomes just as much of a fool as her husband with military ideas and controversial economic plans. Archie, hoping to NOT pass leadership to Catherine, begins his hunt for Ivan, who has been hidden on the premises his entire life. Elizbeth, Catherine’s greatest ally at this point, brings Catherine to confront Ivan to fill him in on what might happen next with his position and to talk him out of becoming Emperor. He quite likes the idea of being in command and is willing to accept the position. Peter, understanding he has been poisoned at this point, is convinced Ivan has had something to do with it and orders Catherine and Elizabeth to kill him. Catherine cannot and becomes doubtful at gaining the power for herself. She begs Peter to live, for she is not ready to rule and cannot kill the bastard child. In a twist, Elizabeth brings Ivan in front of the officials, dead, with a slit in his throat, telling Catherine “Your Welcome”. SPECIAL SEGMENT – What Would You Choose? You have hidden a young child in your possession. He is not your son, but a boy that is close to you. You hope to groom him for reigning a country, keeping him from things so his view will not be tainted by greedy men. The time has come for him to rule, but he is not quite ready to stand on his own. Do you offer him up anyway in hopes you may still have a voice in his reign, or do you keep him under wraps for as long as you can until the time is perfect for him to lead? Why?
Hosted by Tatiana Mariesa, Cody Epperson, and Toree Weaver

The Great After Show Podcast
Want to catch up on some Russian history? How about with a dash of comedy? Join us on THE GREAT AFTERBUZZ TV AFTER SHOW as we follow one longing for love woman, as she becomes the longest reigning female ruler of Russia. Subscribe and comment to stay up to date.
The Great S1 E10 Recap & After Show: For The Love Of Russia
by AfterBuzz TV

With the Russia still on her mind, Catherine decides that her birthday is the perfect time to kill Peter. As Peter and Leo compete to present her with the perfect birthday gift, she rallies up the troops to take action. Her fate quickly turns when her plan goes south. Knowing that her title is on the line, Marial spills the beans to Peter and includes one very important detail. Full of rage, Peter is conflicted on whether to kill Catherine and their unborn child, or spare their lives. They seem to find a middle ground until Peter plays Catherine at her own game. The hosts discuss this exciting cliffhanger and more on this episode of Afterbuzz TV’s The Great Aftershow.

How Actress Fiona Vroom is Surviving the Quarantine | AfterBuzz TV

Dana Alexa Talks About Dancing For The NBA, Being a Dance Show Judge and Winning...
Scroll to top