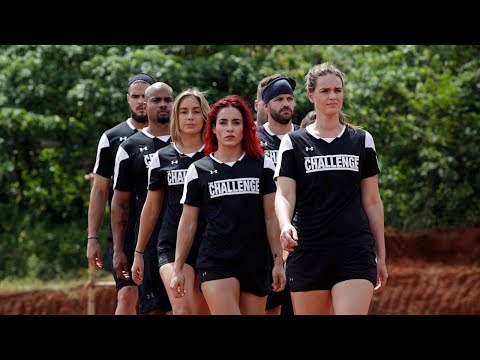 The Challenge, a mix between Real World and Road Rules Challenge, featuring alumni from the past shows as the contestants compete for a cash prize, is such an insane show, we HAVE to talk about it! That’s why we have THE CHALLENGE AFTER SHOW! Tune in here for reviews, recaps and in-depth discussions of the latest episodes, as well as the insider scoop from cast and crew members on the show as we go crazy. It’s going to get bananas because there’s basically a different guest each week!
It’s another day for our Challenge friends as they fight to make it to the TJ’s final. For today’s challenge, in groups of 4 or 5, they must drop down into sewer, and collect puzzle pieces. In the end Nany, Cory, Bayleigh, and Dee win the Challenge, and are in this weeks Tribunal. This week is a double elimination for the girls. Both Aneesa and Kaycee volunteer themselves to go into elimination, while the tribunal sends in Jenna and Kailah. Kaycee ends up winning against Kailah, while Aneesa wins against Jenna, sending Nany’s alliance home. Our challenge faves are more than halfway through the game, whose going to earn their red skull next?
Today’s After Show was hosted by Benny Adams, Dan Lindgren, Pamela Gross Jill, and Jenna Bussiere