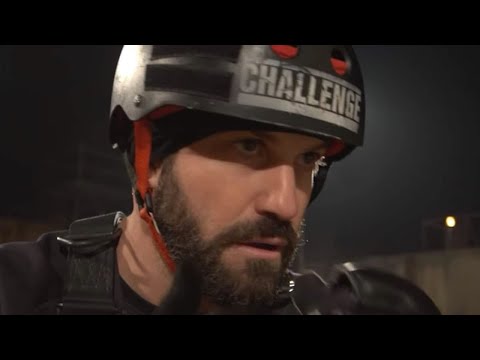 The Challenge, a mix between Real World and Road Rules Challenge, featuring alumni from the past shows as the contestants compete for a cash prize, is such an insane show, we HAVE to talk about it! That’s why we have THE CHALLENGE AFTER SHOW! Tune in here for reviews, recaps and in-depth discussions of the latest episodes, as well as the insider scoop from cast and crew members on the show as we go crazy. It’s going to get bananas because there’s basically a different guest each week!
Bailey has lost her swag…gy in more ways than one tonight. Did Kaycee cross the line with Nany? Some of your favorite Challengers think so after seeing the two become closer throughout their time in the bunker. During The Challenge, two teams must navigate a car out of a puzzling puzzle. Many might say Rogan doesn’t know how to direct traffic, but his team ended up winning, putting Nany into the Tribunal, and giving her the option on if she wants to go into elimination or not. A huge argument happens between Bayleigh and Kaycee due to Bayleigh picking Melissa to go into elimination. Nany ends up going into the epic elimination against Melissa but unfortunately is sent home packing. There are still red skulls to be won and TJ’s elimination to run! Listen to our episode breakdown with predictions and news from the Challenge world this week.
Hosted by: Benny Adams, Daniel Lindgren, & Jenna Bussiere