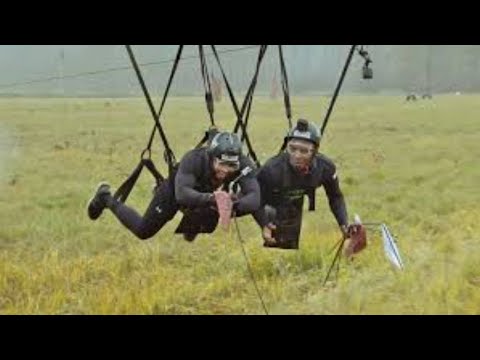 The Challenge, a mix between Real World and Road Rules Challenge, featuring alumni from the past shows as the contestants compete for a cash prize, is such an insane show, we HAVE to talk about it! That’s why we have THE CHALLENGE AFTER SHOW! Tune in here for reviews, recaps and in-depth discussions of the latest episodes, as well as the insider scoop from cast and crew members on the show as we go crazy. It’s going to get bananas because there’s basically a different guest each week!
We are getting down to the needy greedy this season on the challenge. With only a few eliminations remaining everyone is looking to get their red skull to qualify for a final. Our challenge tonight was called Tanks A Lot and it allowed TJ to drive in a tank which funny enough had nothing to do with the actual challenge. Cory and Kyle both stated their cases for why they should be the house vote. The elimination involved Cory VS Swaggy C in a game called Launch Button with Cory taking the win and eliminating Swaggy C from the Challenge 35.
This After Show was hosted by Daniel Lindgren, Benny Adams, Jenna Bussiere, Pamela Gross, and David Christopher.