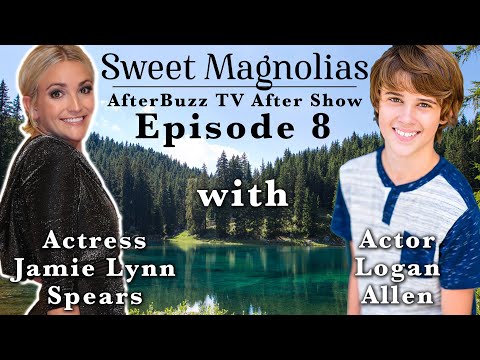 Sweet Magnolias: Episode 8: What Fools These Mortals Be

Bill continues to make bad decisions, Noreen attends Kyle’s play, and Maddie and Cal take their relationship to the next level.

Bill and Maddie go head to head over Bill getting Ty a new car without consulting her. He continues to make bad choices throughout and Maddie’s anger toward him comes to the surface crystal clear. Noreen’s frustration with feeling second best in Bill’s life grows. Bill proves that “common sense ain’t common” (Helen to the girls during Pour It Out)

Helen is asked by a friend to help him with a farm he’s inherited but has no use for. She’s been tasked to turn it into something good like she did with Miss Frances’ house. She calls Ryan in Africa for some thoughts on the case. He says he can help her out, especially when she finds him on her doorstep

Maddie and Cal take the next step in their relationship!

Erik teaches a lesson of mindfulness to Dana Sue and it’s not what she expects.

Tensions between Kyle and Ty continue to mount over the fallout from Annie.

Kyle is hoping Annie will come to see his play and Dana Sue is convinced to break the “you’re grounded” rule for Kyle’s performance.  Noreen and Bill attend Kyle’s play until Bill is called away by a patient. Noreen is upset that he didn’t make the night and Kyle a priority by putting himself on call. Kyle is disappointed that his father wasn’t there but is surrounded by his family in support. That night, Kyle decides to express to Annie how he feels about her but when he tries to kiss her everything goes wrong when she clearly doesn’t feel the same way.

Noreen makes a surprising decision that will change everyone’s life.

Plus, Jaimie Lynn Spears (Noreen Fitzgibbons) and Logan Allen (Kyle Townsend) join the panel to talk about the drama of episode 8! Jamie Lynn and Logan talk about the unexpected and special friendship that their characters have. And Jamie Lynn tells what the straw was that broke the camel’s back for Noreen while Logan shares that the themes of friendship and communication are his biggest life lesson takeaways from working on the show.