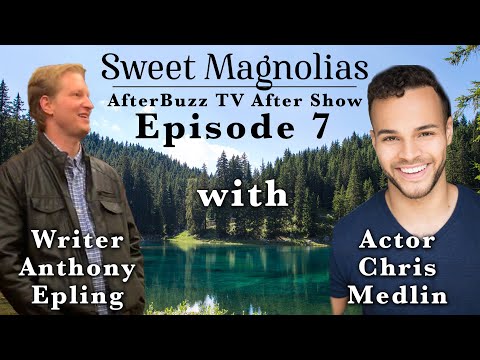 On a hike together, Erik and Isaac get to know each other better. With Isaac being adopted he tells Erik about the distance between him and his adoptive father after the passing of his mother. In the Sullivan’s kitchen, healing and good food are created as Erik lends his support to Isaac.

Mary Vaughn confronts coach Cal, Maddie and Bill and accuses Cal of being biased because he’s ‘dancing in the sheets’ with Maddie when she thinks that Ty, instead of her son, Jackson, is starting the biggest game of the season with Castlewood. Things get heated and Cal asks Trotter, “what would Dolly Parton do?” In the end, Ty “takes one for the team” in a move filled with his strength of character.

Noreen’s little brother pays a visit and meets Bill for the first time. Bill finds himself in some financial constraints because of the divorce. The pressures of the future weigh heavy on Bill.

Annie tries to hide getting drunk from her mother but Dana Sue finds out inadvertently because of Ty. Kyle confronts Ty about him kissing Annie and Ty defends himself. Dana Sue grounds Annie and their heart to heart talk strengthens their mother/daughter ties.

Plus, Chris Medlin, who plays Isaac Downey, and from the writer’s room, Anthony Epling join the panel to talk about episode 7! Chris talks about how Sweet Magnolias was his first television role, and how he’s looking forward to balancing his career on Broadway with a career in television. And writer Anthony Epling talks about a pivotal scene that never made it to air!

The Great S1 E9 Recap & After Show: All is Pain in the court of Peter

Real Housewives of Beverly Hills S10 E6 Recap & After Show: Whose This...