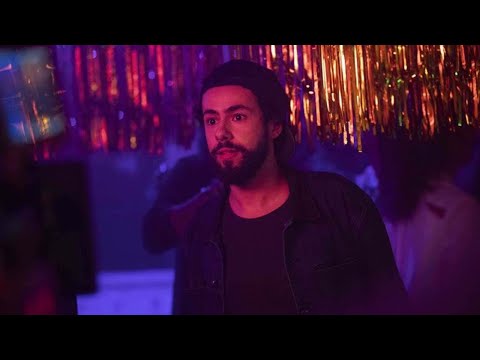 HULU’S RAMY – SEASON 2 – EPISODE 2 – CAN YOU HEAR ME NOW? – Ramy is taking his new spirituality and dedication to sufi Islam very seriously.  His eagerness annoys his family over dinner as he asks them to pray and if the chicken is halal.  His family warns him of the dangers of extremism.

Ramy goes to the Mo’s Diner and finally we see his friends, Ahmed and Mo.  They are also concerned and annoyed by Ramy’s new found religious eagerness.  They also express to Ramy who “self absorbed” he is.

At the Diner, a persistent customer who asks for a job is at the counter waiting for Mo.  Upon hearing his story of looking for a job, Ramy goes over to introduce himself.  Ramy is inspired by his religious spirit to help this person get on his feet.  A caucasian male named Dennis who only orders lemons and hot water is at the counter.  Ramy speaks to him and buys him a meal.  Ramy insists he can help him and takes Dennis to the Mosque to ask Sheikh Malik for a job.

At the entrance of the mosque, Dennis hears the calls to prayer and is triggered.  Dennis is a veteran who served in Iraq and has PTSD from being there and actions he has done such as killing numerous bystanders including his “friend” Majid.  Ramy calms Dennis and says the past is the past and for him not to bring it up to the Sheikh.

Ramy goes inside and speaks to Sheikh Malik about giving Dennis a job.  Sheikh Malik’s daughter Zainab is present as well, reluctant to give Dennis a job.  She says there are Muslims who are suffering, Ramy however vouches for Dennis lying in regards to the closeness of their relationship.  Dennis turns out to be a great helper and builder, even building a ramp to the center.

Dennis feels welcome at the mosque.  After a humors conversation with Mo in regards to the ‘s’ in ‘Muslim’ being a soft ‘s’ and how its not a ‘z’ but rather a soft ‘s’ like in the word ‘p%ssy’, Dennis decides to become a Muslim.  On the day he is taking ‘shahahda’ the testimony to be Muslim, there are protestors outside.  After taking the pledge and beginning the prayer, Dennis is triggered and severely beats a protestor.  Ramy runs out and stops him but it may be too late.

All this and more on the Afterbuzz aftershow.

For more After Shows for your favorite TV shows and the latest news in TV, Film, and exclusive celebrity interviews, visit  http://www.AfterBuzzTV.com

· Anchor: The easiest way to make a podcast. https://anchor.fm/app

Supernatural Stars Call For Action On Deaths Of George Floyd And Ahmaud Arb...