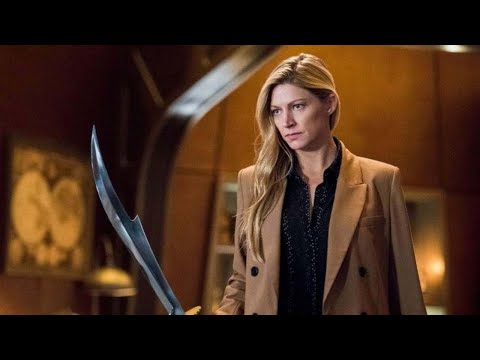 Charlie tells the Legends how the last ring that makes the Loom of Fate was hidden.  It was done in Ancient Egypt by the Enchantress.  Zari is on Constantine to god the ring so the Loom
of Fate can bring Behrad back to life.

Constantine brings the Legends to his home to perform a tracking spell using the Legends auras. During the spell Sara passes out because of aftereffects of her battle with Atropos.  The spell is broken but not before Constantine and Zari fall through a portal and end up in the past when Constantine’s home was a boarding house.  The two of them get a room and try to find the ring. Another guest checks in at the same time.  Turns out the guest is Jack the Ripper who is back to get the ring so he can get permanently out of hell.
The two of them manage to subdue him but before they can continue to look for the ring more Encores show up looking for Constantine and the ring.

Ava tries to track where Constantine and Zari are with no luck so instead she had Gary take the two of them and Mick to Hell to talk to Astra directly.

Astra heads to the women who has been raising her in Hell and learns that she is one of the Fates.  Atropos and her want Astra to be the new third sister.  Astra says she will in exchange for Constantine’s soul coin.  She then returns with the Legends to the Waverider.

Constantine and Zari battle the Encores and when Zari taps into the air totem she easily stops the encores and saves Constantine.

The Legends of Tomorrow After Show Podcast

Legends Of Tomorrow S5 E15 Recap & After Show: A Date with the Fates
byAfterBuzz TV