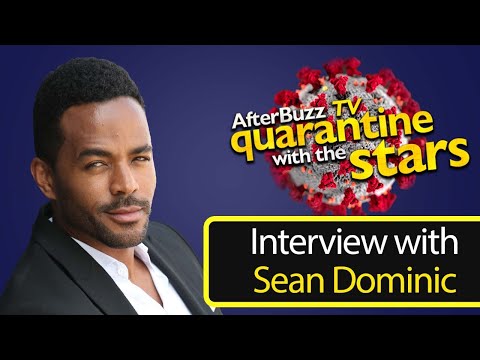 With his unparalleled meteoric rise, Sean Dominic, is the cultured, suave, handsome, actor, model and entertainer to watch in the new year! Taking over televisions Monday-Friday as ‘Dr. Nate Hastings’ on the Daytime Emmy Award-Winning CBS’ hit drama series “The Young and the Restless,” we would love to arrange an interview with the charming leading man to discuss his world renowned series, his career overall, as well as his hardworking journey to becoming Hollywood’s new leading man in the soap opera world in less than a years’ time. Having originally premiered on March 26,1973, and now in its 46th season on the CBS Television Network, “The Young and the Restless” has been the number one daytime drama for over 28 years. It revolves around the rivalries, romances, hopes and fears of the residents of the fictional Midwestern metropolis, Genoa City. Sean portrays ‘Dr. Nate Hastings,’ the son of Nathan Hastings and Olivia Winters, and would later become the adopted son of Malcolm Winters. Over the years ‘Dr. Hastings’ has seen and been put through traumatic events including his mother’s ovarian cancer diagnosis right after his birth, an HIV scare, parental separations, as well as the deaths of loved ones, and patients. Born in Madrid, Spain and the child of a single mom serving in the U.S. Airforce, Sean spent much of his younger years growing up through a few states in the U.S. including South Dakota, North Carolina, Florida, Maryland, Virginia, and Delaware, to name a few. Sean from a young age had a fascination with arts and entertainment and searched for outlets to creatively express himself. His outlets included acting in local productions and school plays, including “Tied to the Tracks,” “A Raisin in the Sun,” and “The Wiz,” to name a few. Sean also learned how to play instruments including the saxophone, and trombone, as well as performing in gospel choir – even developing his own R&B group with friends on the side. After high school. Sean spent some time in Atlanta modeling and working in the commercial market before moving to New York City. Sean would go on to travel around the world for modeling, including South Africa, Miami, and Los Angeles before honing his acting craft under the tutelage of acclaimed acting teachers including Susan Batson, Carol Ford, Rebecca Guy, and Tony Greco. Sean began booking roles of various film and television projects including OWN’s “Greenleaf,” USA’s “Royal Pains,” and BET’s “Situationships,” and soon after, landed the coveted role on “The Young and the Restless.” When Sean isn’t busy in front of the camera, he can be found working out at the gym, hiking, boxing, and playing basketball to stay fit. Sean is also an avid international traveler and enjoys working with local community organizations to help children and the homeless.
Make sure to subscribe to AfterBuzz! – http://youtube.com/afterbuzztv
Follow us on http://www.Twitter.com/AfterBuzzTV