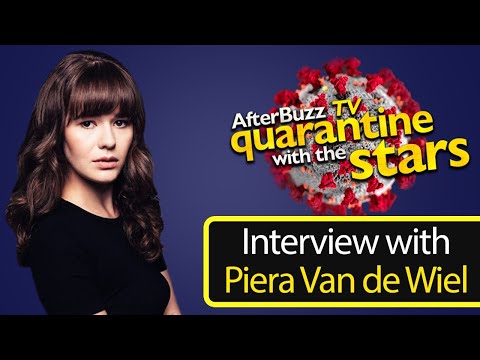 With domestic violence reports spiking due to COVID-19 worldwide lockdown, meet singer-songwriter Piera Van de Wiel who has captured the attention and support from the United Nations who is using her music to raise social awareness of domestic violence through her new single “Used,” with proceeds going to the United Nations Trust Fund to End Violence Against Women. With each impactful lyric, Piera sheds light on the dark reality of domestic violence by giving women around the world the voice they deserve. Please click here to listen to “Used”: https://open.spotify.com/album/1C43SPPeZTje6soLDYnYjh?highlight=spotify:track:7pFZn3L38SFeklWuP39IzJ The United Nations Trust Fund to End Violence Against Women mission is to prevent violence against women and girls by empowering groups especially at risk of violence, including adolescent girls and indigenous or ethnic minority women, and engaging strategically with boys and men as well as traditional and faith-based leaders to prevent violence. Born in England, Piera is a singer-songwriter and actor passionate about social impact and storytelling. She is the founder “Stronger With Music,” a collective that promotes the importance of music and mental health and music and social impact. She has worked and performed with NGOs globally, including the Barefoot College International, Applaud Our Kids Foundation at 54 Below, the Aspire Artemis Foundation, and has sung at the United Nations Headquarters in New York for International Women’s Day sponsored by the Mission of Djibouti, and at other UN sponsored events around the world, including the Regional STEAM & Innovation Symposia in St Lucia with UN Women and Microsoft. She has also performed at the Jazz at Lincoln Center where Spike Lee and Alec Baldwin were presenting. With her music, she hopes to benefit others; from her single release in 2019 “Come Back Home” which was written to aid humanitarian efforts in the Abacos Bahamas that was destroyed by Hurricane Dorian. This song has been recognized and received a Silver Medal for Outstanding Achievement in Listener Impact at the Global Music Awards for independent artists. As an Actor she has worked on films that include period drama “Strip Clara,” 1950s film “Tainted Choices” which are both on the film festival circuit, Fox Films “Amsterdam in Anatolia”, and performed at the prestigious Rose Theatre in London, London Salvation Army Hall, South Hill Arts, Atlantic Stage 2 with the Atlantic Acting Company in New York, and her leading role in Off Broadway production of The Three Musketeers as Milady De Winter with the Classical Theater of Harlem. This production was nominated for Off Broadway theatre awards including 9 Audelco awards including Best Drama.

About United Nations Trust Fund to End Violence Against Women: