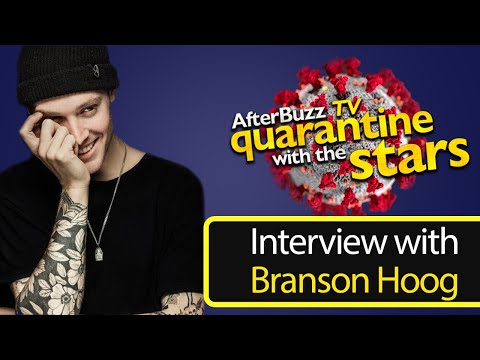 Having already performed at VANS WARPED TOUR and SXSW, singer, musician designer and tattoo artist Branson Hoog has established himself as this generation’s front man for all things punk, and alternative rock. Truly a multi-faceted artist, Branson is also a budding fashion designer creating signature streetwear merchandise for fans when the band is on tour. We would love to arrange an interview with you and the Not A Toy lead singer to discuss their upcoming new music, his tattoo career so far having inked notable talent including rapper Gashi and model Steven Kell, as well as how the tattoo industry has been impacted by COVID-19 and what the future could potentially look like moving forward. Signed to FEARLESS Records, Branson’s new band Not A Toy will be releasing their new music with the lead single “J Cash.” With an ambitious sound and melodic guitar hook, their first single will be sure to leave their fans and the alt. punk rock music fans wanting more. Cutting his teeth in the music industry while being a part of the band SHATTERPROOF, Branson is taking all his past experiences to fuel his new vision for Not A Toy. Pulling inspiration from bands like The Used, Taking Back Sunday, Coheed and Cambria, and Senses Fail, adding a modern twist, Not A Toy will be one of the new bands to watch throughout the rest of 2020. Along with the new music, Branson is also a well-established tattoo artist. Having been inspired by fans and the alt. punk rock community, Branson gives his all and tattoos with a purpose. Throughout his time touring the US, during his apprenticeship and for the last 3 years he has been tattooing professionally, Branson has come across many fans that struggle with self-harm and mental health. Branson has become an artist that transcends just performing live music and helps create tattoos that speak to those dealing with self-harm and inking them up with beautiful art to cover their scars as a positive reminder. Please use the following link to see Branson’s truly one-of-a-kind creations: http://hoogink.com/ Never one to take on one project at a time, Branson also has a love for fashion and streetwear. Branson plans to next expand his streetwear style and line to his band’s merchandise. With a purpose to create signature, high-quality merch for their legion of fans, Branson knows that quality can no longer be compromised for the traditional fast-fashion merch. Born and raised in Fort Collins, Colorado, Branson knew from a young age that the arts would play a big part in his life. Growing up with a piano in the house, Branson began taking lessons with his younger brother and then transitioned to the guitar. Branson also performed as a dancer doing hip-hop and break dancing with his sister competitively. This led to Branson discovering Missy Elliott. To this day Branson still credits Missy for shaping how he creates music and fueling his inspiration when he was younger when it came to creating beats and writing music. Music ultimately connected Branson to the tattoo industry. While in high school he discovered the “emo rock” genre that had taken the US by storm and had started a band with friends. Discovering a whole culture within a genre of music truly opened Branson’s eyes. He fell in love with the whole aesthetic of the “emo rock” genre and realized many of the artists he was idolizing at the time had tattoos. By the age of 18, Branson already had his first tattoo and was performing at local shows with his band. He would eventually go on to join the band SHATTERPROOF and began touring around the US and doing local shows. When Branson isn’t busy designing tattoos, writing and recording new music, or creating new designs for merch, he can be found spending time with is fiancé in Los Angeles, and spending time with his family who still reside in Colorado.