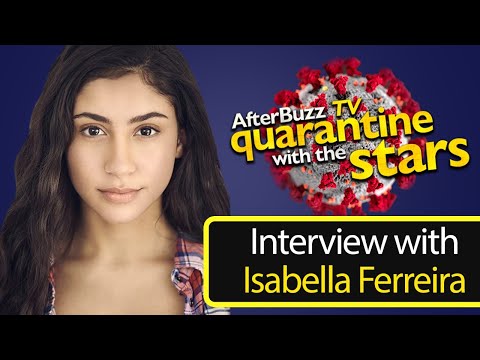 Isabella Ferreira is one of the stars of Hulu’s upcoming series “Love, Victor” (based on the popular film “Love, Simon”). More details on the show and Isabella below. Looking forward to your thoughts. ~ “Love, Victor” is a 10-episode spinoff from the romantic comedy film “Love, Simon” that will premiere on Hulu inJune. The series focuses on ‘Victor’ (played by Michael Cimino), a new student at Creekwood High School — the same high school as the movie — on his own journey of self-discovery, facing challenges at home, adjusting to a new city, and struggling with his sexual orientation. Isabella plays ‘Pilar,” who is ‘Victor’s’ sister and confidant. Ferreira is most known for her work on season 7 of Netflix’s hit series “Orange is the New Black.” She played “Eva Diaz,” a rebellious thirteen-year-old girl who is not afraid to raise her voice and fight with her mother, Aleida Diaz, played by Elizabeth Rodriguez. Raised in Philadelphia, Isabella grew up with a passion for dancing, singing and acting. She currently resides in Philadelphia.