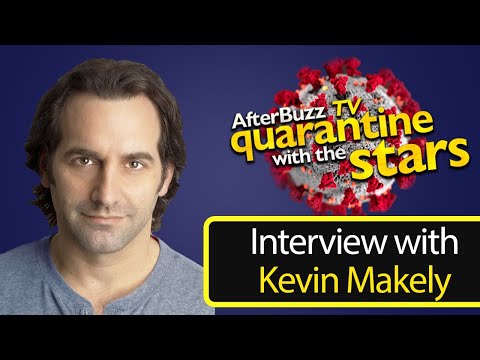 An amazing phenomenon is happening as we dig into another month of the “new normal” and Americans are looking for the newest and best entertainment choices in their living rooms. Recent original motion pictures which did not receive a long enough brick & mortar release are finding massive new audiences. Such is the case with hyphenate KEVIN MAKELY’s indie Western, BADLAND (Cinedigm), in which he produced and stars alongside Mira Sorvino, Bruce Dern, Wes Studi, Trace Adkins, James Russo, Tony Todd and more. Hitting Netflix only last Friday, March 27th the Papa Octopus Prods. presentation is #3 on Netflix’s movie chart and #7 overall amongst Netflix’s massive library of offerings appealing to their 167 million subscribers. This astounding massive audience with exceptional word-of-mouth gives new synergy to the labor of love project Makely developed, fueled and actualized. The satisfying Western is, obviously, appealing to far more than genre enthusiasts with its especially strong cast, an entertaining spin and an a solidly crafted story. Directed by Justin Lee, Kevin Makely persuasively inhabits the lead role of ‘Matthias William Breecher,’ a man of few words, many bullets and lethally efficient manhunter. With his gravelly voice, formidable stare and confidant physicality, Makely establishes his tough-guy bona fides while portraying a Pinkerton detective hired by a slave-turned-Senator (Tony Todd) to track down war criminals who fought for the Confederacy. Indeed, throughout much of Badland, Makely’s understated performance is an unassuming anchor for scenes with an especially strong ensemble whose colorful dialogue is peppered with memorable lines. Singer/actor Trace Adkins portrays a grandiloquent former general who, not surprisingly, would rather not be hanged for his wartime misdeeds. Dern and Sorvino’s effective and affecting performances, are so emotionally and dramatically satisfying, they together forward the storyline via a chilling run-in with a violent land-grabber played by James Russo. 2020 Oscar honorree, Wes Studi figures into the mix as Breecher’s (Makely) not-entirely-friendly rival in the manhunting business Produced by Makely’s Papa Octopus Productions (an amazing story in itself!) with partners Jennifer Ambrose and Shawn Nightingale, Badland is a Western in which te good guys actually have to pause and reload — repeatedly — to come out the other side.