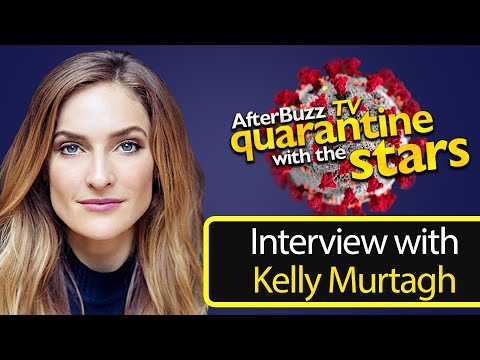 Kelly Murtagh, the alluring, graceful and jovial actor, writer, singer and mother has established herself as one of Hollywood’s hardest working entertainers with the upcoming release of her movies THE LOVEBIRDS starring alongside Issa Rae, Kumail Nanjiani, and Anna Camp now being released on Netflix, as well as her film SHAPELESS, which she wrote and stars in. We would love to arrange an interview with you and Kelly to discuss her upcoming films and projects, as well as her illustrious career having already stared in series and films such as USA’s “The Purge,” Hulu’s “The First,” Freeform’s “Cloak & Dagger,” and Netflix’s TALL GIRL, to name a few. Coming to Netflix, THE LOVEBIRDS is a new romcom that tells the story of Jibran (Kumail) and Leilani (Issa). On the brink of breaking up, a couple gets unintentionally embroiled in a bizarre murder mystery. As they get closer to clearing their names and solving the case, they need to figure out how they, and their relationship, can survive the night. Kelly portrays ‘Evonne,’ Leilani’s annoying close friends. Please use the following link to view the trailer: THE LOVEBIRDSTRAILER Kelly also wrote and stars in her upcoming film SHAPELESS which is loosely based off of her life, and tells the story of ‘Ivy,” a struggling New Orleans singer fighting to hide an eating disorder, must face her addiction and the monsters that come with it or risk losing everything. Born and raised in Baton Rouge, Louisiana, Kelly from a young age began acting, singing and performing at the age of 3 years old. Growing up, Kelly had a strong imagination and a love for being out in nature and appreciating the outdoors. By the time Kelly began middle school she had become shy and closed off. At age 14 she began her struggles with an eating disorder that would follow her through high school, college, and her professional career. While attending Elon University where she majored broadcast journalism, Kelly applied for one of their programs in Los Angeles the summer before her senior year. After graduating from Elon University, Kelly moved back to the west coast. While in LA, Kelly sought out treatment for her eating disorder after her doctors told her she was damaging her vocal cords and singing ability. After successfully completing treatment and getting the support she so needed from her friends, boyfriend (now husband), she began training with Emmy Award winner Hank Azaria and studied improvisation at the Upright Citizen’s Brigade and The Groundlings. She booked a commercial/print campaign for Call of Duty: Black Ops, which earned Kelly her membership in SAG-AFTRA as well as a billboard in Times Square, NYC. She began training with Emmy Award winner and Academy member Chick Vennera at the Renegade Theatre Group. Kelly relocated to New Orleans where formed Water Meter Productions, LLC with her husband, Robert John Gilchrist. Kelly and Robert have one daughter. When Kelly isn’t busy in front of the camera, recording music or writing, she can be found at her local Bar 3 where teaches and takes yoga classes. She also loves spending time with her husband and daughter. Kelly also is looking to get involved with various charities and organizations that help all types of people dealing with body dysmorphia.