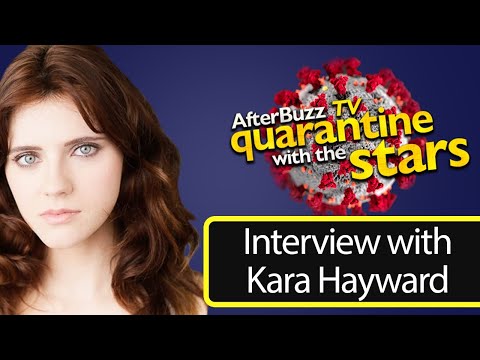 Hailing from Massachusetts, Kara discovered her passion for acting in her first play during summer camp. At the age of 12, she was discovered at an open casting call for the critically acclaimed Wes Anderson written and directed film “MOONRISE KINGDOM.” KARA was nominated for various Awards for her performance, including A Young Artists Award, Gotham Award, and a Broadcast Film Critics Association Award. Kara has worked with incredible directors in her young career, including Jim Jarmusch in his 2016 film “PATTERSON” and Kenneth Lonergan in his award winning “MANCHESTER BY THE SEA.” Up next, Kara will be seen in Martha Stephens’ feature “TO THE STARS” with Liana Liberato and Shea Whigham, which will be released in 2020. The film premiered at the Sundance Film Festival in Competition in 2019. Hayward also stars in the “THE SOCIAL DILEMMA” opposite Skyler Gisondo, which just premiered at the Sundance Film Festival in Competition in 2020, as well as the comedy independent feature “DRUNK BUS.” “DRUNK BUS” was set to premiere at SXSW.