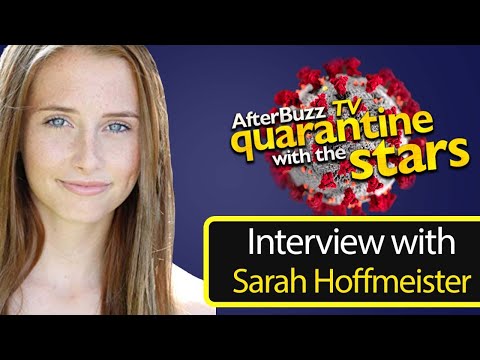 Joy Osmanski, the alluring, graceful and jovial actor, dancer and mother of three has established herself as one of Hollywood’s hardest working entertainers with the upcoming release of her two highly anticipated television series. Starring alongside Amy Poehler, Ty Burrell, Riki Lindhome, and Rashida Jones in FOX’s “Duncanville” (airing on Sundays @ 8:30pm ET/PT), as well as DC & The CW’s “Stargirl” (premiering on DC’s streaming service on Monday, May 18, and on Tuesday, May 19 for the CW), which cast includes Luke Wilson, Amy Smart, and Luke Wilson, we would love to arrange an interview with you and one of Hollywood’s hardest working moms. Joy is available to discuss her new series, as well as her overall career. Airing during FOX’s Animation Domination, “Duncanville” centers around the life of ‘Duncan Harris’ (Poehler) an average 15-year-old boy, who is always one step away from making a bad decision. Along with Duncan lives his mom ‘Annie’ (Poehler), a parking enforcement officer, who dreams of being a detective someday and always has to watch Duncan, his dad ‘Jack; (Burrell), who tries to be a better father figure to Duncan than his father was to him, his sister Kimberly (Lindhome), who is a normal teenager going through normal teen-phases, and his other adopted sister Jing (Osmanski). ‘Jing’ is also known as the moral compass of the family at 5 years old. Joy will also be seen in the action-packed DC Universe & CW’s “Stargirl” as the infamous villainess ‘Paula Brooks,’ aka ‘Tigress.’ Best known for her skills in hand-to-hand combat and extensive weapons background, ‘Tigress’ is one of DC Universe’s deadliest non-superpower villains. CW’s “Stargirl” tells the story of high school sophomore ‘Courtney Whitmore,’ who discovers a powerful cosmic staff. After learning that her stepfather Pat Dugan (Luke Wilson) used to be a hero sidekick, she becomes the inspiration for a new generation of superheroes. Born in South Korea, and brought to the United States when she was adopted at a young age by her American parents, Joy had a drive and appreciation for the arts from the age of 3 when she began ballet lessons in her hometown of Olympia, Washington. From the very beginning of school, Joy was moved up from kindergarten to first grade after a few weeks and would to be hyper-competitive academically throughout her entire school career. After taking multiple college courses her senior year of high school, Joy would continue on to university at Principia College and graduate within 3 years with a degree in creative writing and studio art. She would then begin her career as a graphic designer and moved to Boston. After a year on the east coast, Joy moved to San Francisco where she created her own graphic design company. Having continued to dance through both high school and college, Joy continued to work on her ballet and dance skills and would book professional gigs on the side. After seeing a notice for auditions for a local production of “Our Town,” and missing her performing arts side, she auditioned for the play and was cast in the lead role. Following her performance, Joy auditioned and received her MFA from UC San Diego, one of the top three professional actor training programs in the country. After relocating to Los Angeles, with her husband Corey Brill, Joy has continued worked steadily in theater, television and film, booking roles in hit projects including FOX’s “The Loop,” Netflix’s “Santa Clarita Diet,” Freeform’s “The Fosters, FIRED UP, and ALVIN AND THE CHIPMUNKS: THE SQUEAKQUEL, to name a few. When Joy isn’t busy in front of the camera, or in a studio, she can be found spending timing with her husband and 3 kids whether it be walking their dog, or taking care of their 2 bee hives and cultivating their own honey. Joy also likes to spend her time keeping fit by doing weight training, yoga and cardio.
Make sure to subscribe to AfterBuzz! – http://youtube.com/afterbuzztv
Follow us on http://www.Twitter.com/AfterBuzzTV