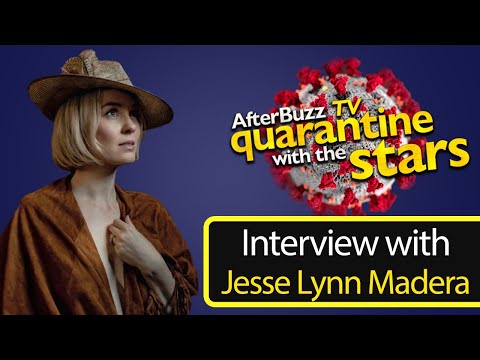 Americana singer/songwriter Jesse Lynn Madera blends her country/soul infused music with her poetic words of wisdom. The Nashville based musician is hoping to catch the attention of country, soul, and jazz loving individuals around the globe with her upcoming album, “Fortunes,” which is now available for pre-order and will be officially released on Friday, April 24th. Here’s a link to the Spotify pre-order: https://bit.ly/3bnIy1K. The album features a duet with critically acclaimed actor John Hawkes and Australian-born, LA-based singer/songwriter Joel Taylor. Madera produced a bulk of the the album herself, with some help from Paul Redel (mixing on Leslie Odom’s recent album and engineered the 2017 ZZ Ward album), mixing by Ryan Hewitt (Tom Petty and The Heartbreakers, Sheryl Crow), mastered by Eric Boulanger of The Bakery Studios (Hozier, Randy Newman, Harry Connick, Jr, Rufus Wainwright, Neil Young) and featuring incredible strings by Stevie Blacke (Pink, Chris Stapleton, Rihanna). Hailing from the rolling hills of West Virginia, Madera’s love for music grew out of a family affinity for all things harmonious. With household gatherings often centering around song and expression, her unique musical upbringing aided in driving her passion for performance. Mentored in piano by renowned father of Rock ‘n’ Roll,Johnnie (“B. Goode”) Johnson, Madera takes pride in the instrument having remained a constant in her journey as an artist and in her music. The stunning creative tookup a fascination with poetry around the same time, and it is this love for the written word which led her first to theater and then to music. Championed by husband and versatile actor Hemky Madera (“Queen of the South”), Jesse’s charismatic songs have attracted a diverse group of people who continue to seek music from the up-and-coming artist. With tracks smoothly intertwining the deep emotion of jazz with the cool, humble songwriting of American soul, Jesse’s folk-tinged country melodies in “Fortunes” stand as an impressive addition to a profoundly eloquent musical catalogue.