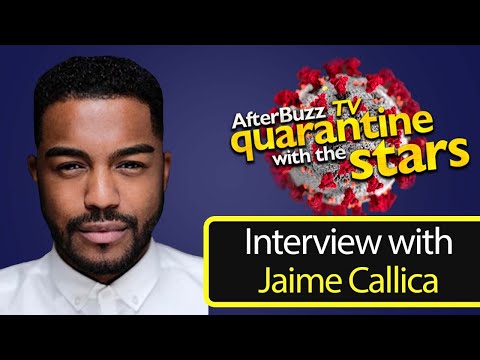 Born and raised in Toronto, Ontario, Jaime Callica is the hottest thing out of Canada since the two Ryan’s (Gosling & Reynolds). Only acting for a mere three years he has fast become one of Hollywood’s rising stars and will next be seen as a series regular in Tyler Perry’s highly anticipated new drama for BET, “Ruthless” (a spin-off of fan favorite, “The Oval”), which premieres late March 19th. He will additionally be seen in the new Disney Channel original movie UPSIDE-DOWN MAGIC (Summer 2020) based on The New York Times bestselling fantasy fiction children’s books of the same name. Audiences have just begun to get a taste for this multi-faceted, hard-working actor on his rise to the top while he curates an impressive resume alongside Hollywood elite. “Ruthless,” the upcoming one-hour drama series by Tyler Perry for BET+, is a spinoff of “The Oval” and follows ‘Ruth Truesdale’ (Melissa L. Williams) as she’s forced to play nice with a scandalous religious cult of powerful sex crazed fanatics in the hopes of freeing herself and her daughter. Callica plays ‘Agent Brian Rollins’ a driven, dedicated worker that loves his wife, and loves his job. When he receives a call to action, he knows he has to step in. In UPSIDE-DOWN MAGIC, ten-year-old ‘Nory Horace’ discovers she has magical powers and can turn into animals but can’t quite get it right. Nory attends a school for other kids with “upside-down magic,” and her father, played by Callica, wants to keep her powers a secret. Viewers may also recognize Callica from some of his past TV and film roles including “UnREAL,” “Lucifer,” “Wayward Pines,” Spike Lee’s TALES OF HOOD, and most recently alongside Kelly Rowland in MERRY LIDDLE CHRISTMAS. Born and raised in Toronto by a single Trinidadian mother of mixed Chinese, Indian and Spanish ancestry, acting wasn’t always at the forefront of Jaime’s mind, but he was always a performer. From a young age, he was inspired by the pop stars he saw on screen and decided to take dance classes, specializing in tap and jazz. He graduated on to martial arts, becoming a black belt at 13 (though he had to wait for his official belt until age 16), and eventually, through a mishap by running late to class, found himself joining and competing on the track team. When pursuing colleges, Callica settled on criminology in Vancouver, before eventually transitioning into business. He always had a knack for numbers, and soon was buying condos, townhouses and businesses to call his own. But the acting bug struck suddenly one day – and realizing life is all about taking chances – he dove into the high-risk career in the entertainment industry. Within a year he sold his businesses, started taking acting classes, doing background work and whatever he could, and made the official move to Los Angeles. With over 30 credits in just 3 years, he hasn’t looked back. Now splitting his time between Los Angeles and Vancouver, when he’s not filming, Jaime likes to spend his time working with causes that focus on helping single moms, or parents with disabilities.
Make sure to subscribe to AfterBuzz! – http://youtube.com/afterbuzztv
Follow us on http://www.Twitter.com/AfterBuzzTV