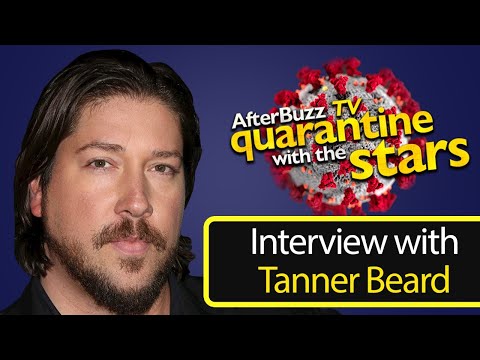 Tanner’s latest film to hit digital streaming is We Summon The Darkness, originally slated for a theatrical release prior to COVID-19. It will release across digital and VOD platforms on April 10th, starring Alexandra Deddario and Johnny Knoxville. Tanner has acted in a slew of notable projects, such as Robert Rodriguez’ From Dusk Till Dawn The Series (action horror), Barracuda (thriller), Deported, Hidden In The Woods (horror), Thunder Broke the Heavens, Legend of Hell’s Gate, 6 Bullets To Hell (retro grindhouse western) and many more. Working in the industry as an actor, writer, director and producer, Tanner Beard created Silver Sail Entertainment, an all media based production company during the industry strike in 2008 as a source to create professional media content. Tanner has since produced projects including: a travel show, award winning short films, award winning documentaries, commercials, music videos, two seasons of a web-based television series and feature films such as the critically acclaimed ‘HELLION’ starring Aaron Paul and Juliette Lewis, ‘THE LEGEND OF HELL’S GATE’, starring Eric Balfour, Henry Thomas, Jenna Dewan Tatum, Summer Glau, Kevin Alejandro and Lou Taylor Pucci and others. Tanner himself has recently completed Executive Producing four films under icon Terrance Malick and producer Sarah Green, starring talent such as Christian Bale, Ryan Gosling, Cate Blanchett, Michael Fassbender and Natalie Portman. One of which is a documentary, ‘VOYAGE OF TIME’, produced alongside Brad Pitt, who also narrates the film. It recently premiered at the Venice Film Festival and it’s North American Premiere at the Toronto International Film Festival, to much acclaim. As a producer, he has had films and documentaries in competition at top festivals around the world including Sundance, Berlin, Cannes, Venice, SXSW and Toronto, as well as his own Mammoth Film Festival. Along with RIPTIDE, Tanner’s other upcoming projects are an animated feature entitled ‘FRIDGEPORT’ he co-created with Paul Khoury and produced alongside Liam Hemsworth and Ashley Greene, and his latest passion project; a new Christmas comedy ‘JUST BE CLAUS’, which Beard co-wrote with director Tim Skousen and is producing with Jeff Kalligheri and Jared Hess of “Napoleon Dynamite”.
Follow @TannerBeard @SilverSailEntertainment and @MammothFilmFestival on Instagram.
Make sure to subscribe to AfterBuzz! – http://youtube.com/afterbuzztv #Podcast
HELPFUL LINKS: Website – http://afterbuzztv.com Apple Podcasts – https://itunes.apple.com/us/artist/afterbuzz-tv/id407139777?mt=2
Follow us on Twitter – https://twitter.com/afterbuzztv
Like us on Facebook – http://facebook.com/afterbuzztv
See on us Instagram – http://instagram.com/afterbuzztv
Merch – http://shop.spreadshirt.com/AfterbuzzTV/
ABOUT AFTERBUZZ TV: Created by Emmy winner Maria Menounos & producer Keven Undergaro, AfterBuzz TV is the digital broadcast network dedicated to producing live and on-demand after-shows, news and coverage for nearly every TV show featuring expert recaps & interviews with cast & crew.