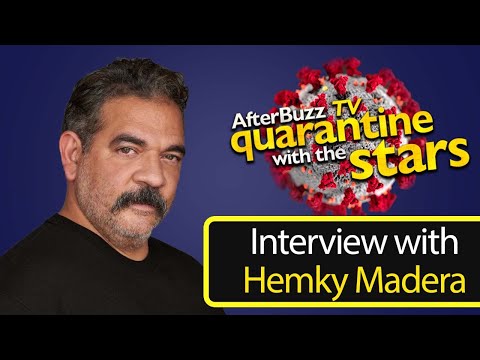 Dashing, transformative actor Hemky Madera (“Weeds”) returned to television as the menacing ‘Pote Galvez,’ lieutenant of the Vargas Cartel, for the fourth season of USA Network’s award-winning crime drama “Queen of the South,” which just wrapped season 4 and is already picked up for season 5 opposite Alice Braga (I Am Legend), Justina Machado (“One Day at a Time”) and Peter Gadiot (“Once Upon a Time in Wonderland”). Based on the bestselling book La Reina del Sur by Arturo Pérez-Reverte, “Queen of the South” tells the powerful story of Teresa Mendoza (Braga), a woman who is forced to run from the Mexican cartel and seek refuge in America. Along with “Queen of the South” he is starring in “Perry Mason” an upcoming HBO drama. Born in Queens, New York, Madera was raised with his family in Santiago, Dominican Republic, where he began his acting career in the Dominican Republic television production “Grandes Series Domincanas” with a leading role in the limited-series “En La Olla” and “Trio en Alta Mar,” both helmed by director/producer Alfonso Rodríguez. After college, Madera moved to New York City to pursue acting and began booking prominent roles in feature films including DREAMING OF JULIA with Harvey Keitel and Gael García Bernal, THE LOST CITYopposite Andy Garcia, Dustin Hoffman, and Bill Murray, and THE WRATH OF CAIN alongside Ving Rhames and Robert Patrick, to name a few. Madera is best known for his role as Mexican drug cartel criminal ‘Ignacio’ on Showtime’s hit dark comedy “Weeds.” Up next, Madera will star in a recurring role as a retired baseball player on the IFC television series “Brockmire.” When he’s not starring on hit television shows, Madera enjoys playing guitar, golf, flying airplanes and lending his time to organizations dedicated to spreading awareness for Down Syndrome. Madera is happily married and living with his two children and wife, singer-songwriter, Jesse Lynn Madera.
Make sure to subscribe to AfterBuzz! – http://youtube.com/afterbuzztv
Follow us on http://www.Twitter.com/AfterBuzzTV