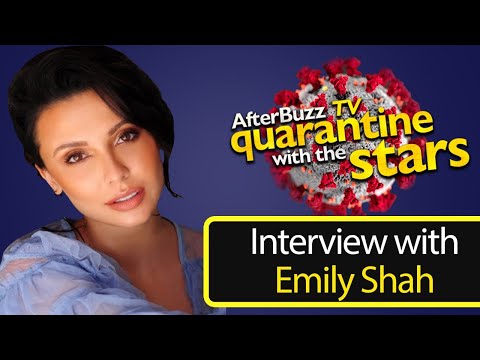 Emily Shah, an Indian American actress and daughter of famed Bollywood producer Prashant Shah is making a name for herself as an actress and dancer internationally. Next up, Emily is set to star in and executive produce the Indian film “Jungle Cry” which has a theatrical release internationally to the U.A.E., U.S., Canada, U.K., Germany, France, Australia, New Zealand, Singapore and South Africa on April 17th, with a wide-release in India as well. Based on a true story, the film follows a young team of rugby players who grow up in the slums of India and made worldwide history after winning the 2007 Rugby Nations Cup in England. Emily plays the team’s physiotherapist and is also an Executive Producer on the film.We would love to schedule an interview with you and Emily to promote her new film!! “Jungle Cry” is based on a true story that follows the journey of 12 underprivileged children, playing sports bare foot, who went on to win the prestigious U14 Rugby World Cup in England. The team came from the Kalinga Institute of Social Sciences in Orissa, India, which has more than 30,000 children from tribal, underprivileged and orphaned backgrounds, and strives to eradicate poverty through education and sports. During the pre-production of “Jungle Cry,” which is produced Bollywood Hollywood Productions, Emily read through the script and noticed a lack of female roles, so had the role of ‘Roshni Thakkar’ written in, ultimately deciding to take on the part herself. In preparation, Emily extensively researched rugby and shadowed a rugby physiotherapist in order to have a full understanding of the of what her character’s job and significance to a rugby team entailed. Emily and the production team also went to the original Orissa school to select boys for the film who play rugby already. On top of the highly anticipated film premiere, she is creating a global catalogue with diverse stories now that she has joined her father’s production company, Bollywood Hollywood Production.” The film is directed by Sagar Ballary (Bheja Fry”), and also features Abhay Deol (“Hero,” “Line of Decent”), and Atul Kumar (“Manto”), Stewart Wright (“Doc Martin, “Doctor Who”) and Julian Lewis Jones (“Invictus,” “Justice League”). The pic also features cameos by some of the top names in the sport, including referee Nigel Owens, Wales and British Lions fly half Phil Bennett, and Colin Charvis, former captain of Wales. The Chicago-born, New Jersey-raised actress is influenced by her multi-cultural family background, her love of dance and travel, and her passion for theatre. Emily grew up on set for her father’s films and always felt an infatuation with both production and acting. Emily had the privilege of theatre training throughout her youth, including Lee Strasberg’s Institute of Film and Theater in New York and Los Angeles, Madumati’s Dance & Acting Academy in Hindi for Bollywood, New York Film Academy, and Weist-Barron. She trained in ballet at the American Repertory Ballet and Princeton Ballet School, and dances tap, jazz, and hip hop. When she was 13, she was selected for a dance troupe and eventually became a dance teacher for Stage Stars. As a teenager, Emily started working in local pageants, commercials, and print work for Indian American brands until she got a job on the set of “Jersey Boys” as an assistant to Clint Eastwood and later assisted in “Captain America: The Winter Soldier,” “Monster Trucks,” and “Fast & Furious 7.” Emily graduated with a degree in Entertainment Media Management from California State University and went on to grow her career in acting by working on national campaigns for Proactive, Sephora, Motorola, and T3. Emily is a UNICEF, Autism Awareness, and Alicia Rose Victorious Foundation ambassador and proudly works with various charities and nonprofit organizations involved with cancer, people with disabilities, and underprivileged individuals. This multi-faceted actress has been preparing for her big break since the age of five by training in dance and theatre classes and growing up on the set of films with her father. Her first film, “Fortune Defies Death” premiered in 2018 in which she played one of the lead roles, Mona. Emily is also recognized for her role in Mickey Singh’s music video for his hit song “
Make sure to subscribe to AfterBuzz! – http://youtube.com/afterbuzztv
Follow us on http://www.Twitter.com/AfterBuzzTV