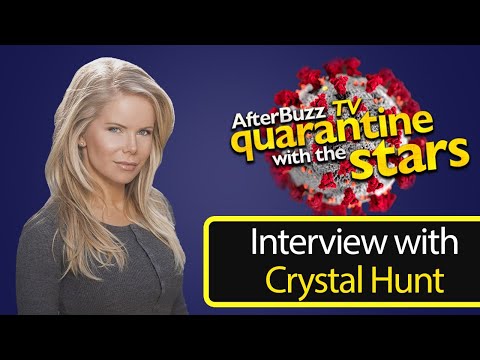 Emmy-nominated actress Crystal Hunt, first captured America’s attention at age 17 when she was cast as the troubled teenager ‘Lizzie Spaulding’ on the iconic CBS daytime series “Guiding Light.” Now Crystal is the Writer, Creator, Producer and Star of the new TV series “Mood Swings” that gives a modern spin on “Golden Girls.” The comedy airs on streaming service Pure Flix and follows four generations of women thrown together by circumstance to live under one roof and survive in Los Angeles. It is directed by Emmy nominated comedy director Sean Lambert (“The Larry Sanders Show,” “Freaks and Greeks”) and features Crystal’s fellow soap stars Donna Mills (“General Hospital”) and Robin Riker (“The Bold and the Beautiful”), and Oscar-nominated actress Dyan Cannon. Disillusioned with the pace of Hollywood and feeling there was a need for a great female ensemble comedy such as “Golden Girls,” “I Love Lucy,” and “Designing Women” which she grew up watching, Crystal took her career into her own hands to embrace the legacy of these female driven shows, while adding her own modern twist. Crystal Hunt is the creative and comedic force behind the series which follows ‘Farrah’ (Crystal Hunt) who after being recently divorced deals with an enormous mortgage on a Malibu mansion and so takes on roommates to earn money to support herself and her eight-year-old son ‘Ryder.’ Crystal’s new roommates include ‘Coco’ (Robin Riker), a disgruntled working woman, ‘Dani’ (BAD MOMS’ Christina DeRosa), a Canadian-Italian “culinary wizard” and aspiring actress, and ‘Emilia’ (“Ballers'” Sophia Gasca), a Dominican entrepreneur trying to secure U.S. citizenship. Jason Earles (Disney’s “Hannah Montana”) stars as ‘Farah’s’ live-in, slacker handyman. After being spotted by an agent at the Actors Workshop in New York as a teenager, Crystal was quickly offered a role on “Guiding Light” that would last four years and earn the teenage actress an Emmy nomination. Coinciding with her rigorous television schedule, Hunt got her break into motion pictures, appearing opposite Zac Efron in the feel-good family movie THE DERBY STALLION. Crystal returned to her television roots in 2009 when she was cast as the devious stripper ‘Stacy Morasco’ on the ABC daytime series “One Life To Live”, where she would stay for three years. She also starred on the docuseries “Queens of Drama” that followed a powerful cast of former daytime and primetime stars as they work in front of and behind the cameras to create, develop, pitch and produce a new steamy, serialized, primetime drama.
Make sure to subscribe to AfterBuzz! – http://youtube.com/afterbuzztv
Follow us on http://www.Twitter.com/AfterBuzzTV