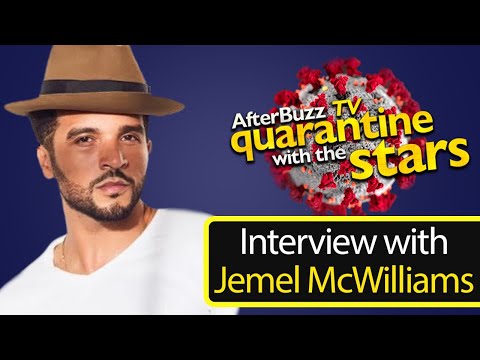 Jemel McWilliams is setting out to make his mark as one of the hardest working and creative choreographers in Hollywood. A creative/artistic director with over 10 years of experience, Jemel’s creativity and skilled techniques have been displayed domestically and globally in performances for Hollywood’s biggest artists including: John Legend, Alicia Keys, Janelle Monae, Nick Jonas, Kelly Rowland, Robin Thicke, X-Ambassador’s, and Tracee Ellis Ross, among others – most recently working as choreographer and co-creative for TIME’s 2019 Entertainer of the Year, LIZZO.
A true renaissance man, Jemel is a highly regarded creative/artistic director, choreographer, movement coach, and dancer. In addition to working on tour and stage, Jemel’s expressive aesthetic has be showcased in numerous award shows and television shows. Notable award show performances include: Janelle Monae’s “You Make Me Feel,” at the 2019 Grammy’s, John Legend’s “Preach,” at the iHeart Music Awards, LIZZO’s “Juice,” at the 30th Annual GLAAD Awards, as well as performances for the BET Awards, Black Girls Rock!, and the European Music Awards. Television show performances include Saturday Night Live, The Voice, The Ellen DeGeneres Show, The Tonight Show with Jimmy Fallon and many more. Jemel has also served as a choreographer and creative director for national campaigns, working with distinguished brands such as Nike, Pepsi, Coca-Cola, Gap Inc., New York Fashion Week’s Moncler Grenoble, and Zara.
Jemel is known for creating narratives with his free-flowing moves. He has helped many artists tap into their present moment by creating a space where they feel free to explore and get in-tune with their body, giving them the confidence to own any stage. With an unwavering passion, skill and imagination for dance, Jemel is becoming a pioneering creative force and creating an empire with his production company Jemel McWiliiams Productions. His mission is to inspire, spread love and change the world through his passion for creating visual stories that shift the everyday narrative.
As a dancer, his artistry, skill and attention to detail opened many doors and he soon began working as a choreographer’s assistant. It was in this position that he gained first-hand knowledge on the importance of creativity, leadership, organization and patience. As a director, Jemel is recognized for his creative and expressive insight. Jemel’s sharp vision and innovative decision-making has been represented in the music videos of artists such as, The Walls Group- “My Life”, Rain & Whitney- “No Worries Step Clap” and MAAD- “Everything You’ve Got”. Jemel’s impressive knack for storytelling is illustrated across multiple platforms in the form of short films and online content.