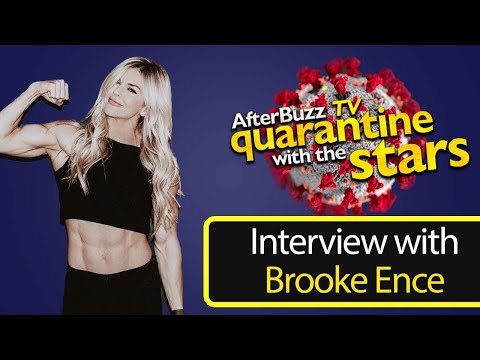 Brooke has become an international fitness icon to her Instagram following of more than 1.4 million, a movie star from breakout Hollywood film roles in WONDER WOMEN, JUSTICE LEAGUE, and is appearing in the upcoming 2020 FOX competition series “Ultimate Tag.” After a spinal fusion surgery in 2017, Brooke became a bigger threat outside of the fitness arena, launching apparel (ENCEwear), a skincare line (ATHIA) as well as the popular podcast series (Between the Reps). But the want to compete was something she couldn’t avoid. After putting off what she did for so l ong, she had a realization that came in the form of three words — “You should compete!” Besides all of the praise and accolades she’s received throughout her career, one challenge that she didn’t account for was staying in peak condition at 30 years old. Being more aware of her body while still maintaining her fitness goals has helped Brooke enjoy the process of competing for a big tournament again. Referring to herself as the “professional underdog,” Brooke is taking in the small moments during her rigorous training program. Seeing the people that marveled at her abilities, instead of the place she would finish is putting her future in fitness back into perspective. Taking with her the mindset of when she began her storied career is helping her focus. Her outlook is to have no expectations and to compete out of sheer enjoyment while taking in everything that comes with it, or as she puts it with her “eyes wide open”. But Brooke admits this won’t be easy. “It’s going to be a really painful road.” After getting her second wind, Brooke is ready for another set of reps in front of a packed San Diego crowd at the West Coast Classic.
Make sure to subscribe to AfterBuzz! – http://youtube.com/afterbuzztv
Follow us on http://www.Twitter.com/AfterBuzzTV