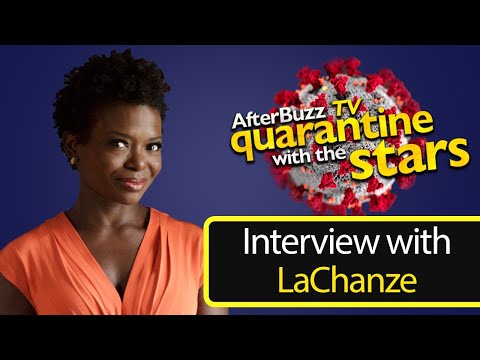 LaChanze is an award-winning actress who brings an exhilarating and electrifying presence to any stage she touches. Blessed with a powerful mezzo-soprano singing voice and a commanding presence, she consistently receives high praises from fans, peers and the industry at-large. Armed with the gift for dramatic storytelling, a sultry vocal dexterity and for bringing complex female heroines to life, audiences sit up and take notice of the actress whether in a hot Broadway production, television show, film or on concert stages. Most recently, she starred in playwright Jack Thorne A Christmas Carol as the Ghost of Christmas Present/Mrs. Fezziwig. Prior, she originated the role of August in two-time Pulitzer Prize winner Lynn Nottage’s A Secret Life of Beesfor which she landed an AUDELCO Award for Leading Actress in a Musical. She gave a spellbinding performance in the high voltage Broadway’s Summer The Donna Summer Musical. In creating the nostalgia of Donna Summer, she landed nominations for the 2018 Tony Award nomination for Leading Actress in a Musical, 2018 Drama Desk Award Outstanding Actress in a Musical and 2018 Drama League Award for Distinguished Performance Award. LaChanze stepped onto stage 28 Broadway seasons ago, giving the original production of Once On This Island its beating and unforgettable heart, creating the role of lovelorn peasant girl Ti Moune. She won her first Tony Award for giving a voice to Celie, the unlikely heroine of Alice Walker’s The Color Purple, the musical’s original staging. Shortly after, she nabbed an Emmy Award for her riveting performance in the award-winning PBS special Handel’s Messiah Rocks: A Joyful Noise. In film, she stars in writer/director Marishka Phillips’ suspense filled film Melinda. She appeared in the award-winning film The Help landing a SAG Award for Outstanding Performance by a Cast in a Motion Picture. Other films include former President Obama film picks for 2019 Diane, A Bitter Pill, Side Effects, For Love Or Money, Leap Of Faith, My New Gun, and the Disney animated feature film Hercules. In television, she will be seen in a recurring role in HULU’s The Underground Railroad slated to air this fall. She currently recurs in the CBS All Access hit show The Good Fight and appeared in the award-winning HBO special The Night Of, Person Of Interest, Law & Order: SVU, One Life To Live, Lucy, Sex And The City, The Cosby Show, The Cosby Mysteries and New York Undercover. Other Broadway credits include If/Then, Ragtime, Company, and Uptown It’s Hot. Some of her Off-Broadway credits include The Bubbly Black Girl Sheds Her Chameleon Skin (Drama Desk nomination), Dessa Rose (Obie Award), Inked Baby, Spunk and From The Mississippi Delta. LaChanze brings her original, one-of-a-kind, one-women show, Feeling Good, to popular venues touching the hearts of audiences worldwide. This electric and highly praised tour mixes the perfect blend of emotional intensity with sultry vocals. Fans willing to take the ride and feel every pain, joy and excitement LaChanze feel, all through an autobiographical journey of her life with music and words.