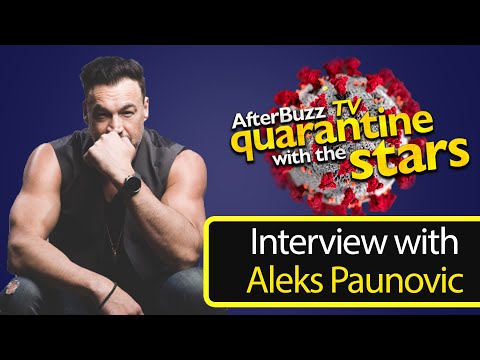 Born in Winnipeg, Manitoba, Canada, Aleks Paunovic knew from an early age that he was destined to tell stories; whether it was with his fists as an amateur boxing champion, with his instrument as a musician, or in the truest form of storytelling: acting. A skilled athlete with razor sharp focus– not to mention a descendent of three champion boxers– it’s no surprise that he acquired his first taste of success in the boxing ring. That drive and determination coupled with his love of living on the edge led to a successful career as a stunt actor. Though Paunovic was gifted in his physical abilities he was also a man of the arts, and exercised his love for music as a member of a rock band—where he was “discovered” while performing on stage. It was there where he was asked to audition for the HBO movie “Heads,” and as fate would have it he landed his first acting role and set forth to take Hollywood by storm. Portraying a myriad of roles on both screens big and small, Paunovic has brought forth his unique skill set and chameleon like talent to transform himself into each character he plays. Whether it is a developmentally disabled man accused of murder in “Personal Effects” (opposite Kathy Bates, Ashton Kutcher, and Michelle Pfeiffer), or as an overzealous karate dad opposite Tom Hardy in “This Means War,” Paunovic truly takes each role to a new level further conditioning and developing his craft. Next up for Paunovic is the highly anticipated “Snowpiercer,” for TNT, opposite Jennifer Connelly and Daveed Diggs. In addition he stars as Julius in Syfy’s “Van Helsing,” (seasons 1-4 streaming on Netflix), which will return for its fifth and final season in the fall. He also portrays “Wech,” in Jason Momoa’s SEE for Apple+ TV, and will jump over the big screen with indie features “Chained,” and “Crimson Point,” both due for release later this year. Paunovic’s other feature film credits include “Hard Powder,” opposite Liam Neeson, “Siberia,” opposite Keanu Reeves, “Numb,” “War for the Planet of the Apes,” and the indie features “Volition,” and “Freaks,” which hit theatres September 13th. Additionally, he has starred in numerous television series such as: “Motive,” “Supernatural,” “Continuum,” “iZombie,” “The 100,” “Once Upon a Time,” and “Smallville,” amongst many others. Aleks Paunovic resides in Vancouver and Los Angeles.
Make sure to subscribe to AfterBuzz! – http://youtube.com/afterbuzztv
Follow us on http://www.Twitter.com/AfterBuzzTV