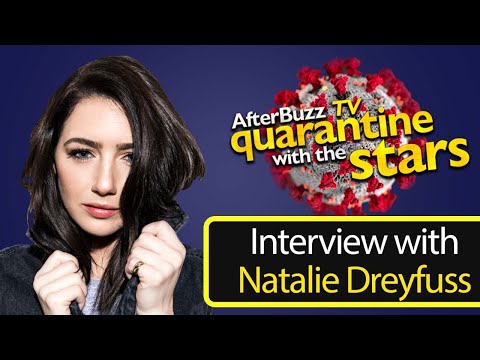 Natalie Dreyfuss can be seen as Sue Dearbon (who becomes Sue Dibny) on CW’s “The Flash” (next episode airing 3/31 as of now). Her character is a socialite from Westchester, NY and the love interest / future wife of the Elongated Man (played by Hartley Sawyer on the show). Previously, Natalie was best known for her role as Cassie on CW’s “The Originals” and as Chloe on the long running “The Secret Life of the American Teenager.” She’s also had roles on many other hit shows such as “Weeds,” “New Girl,” “House,” and “2 Broke Girls” among others. She knew at a very young age that she wanted to dedicate herself to the performing arts. At age six she began a concentrated regime in dance, a ten-year adventure that took her all across the country performing with companies including the prestigious American Ballet Theatre in NY and The Rock School in Philadelphia.
Make sure to subscribe to AfterBuzz! – http://youtube.com/afterbuzztv
Follow us on http://www.Twitter.com/AfterBuzzTV