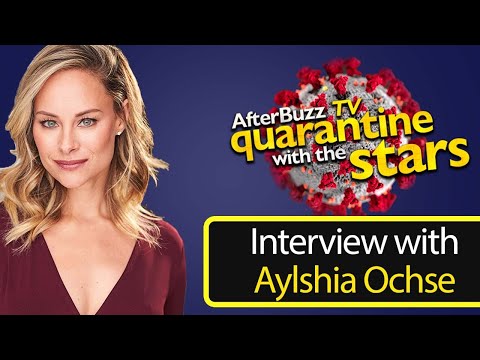 Alyshia Ochse stars in Sony Pictures Televison’s new drama #FreeRayshawn (April 6th premiere), a new series from Antoine Fucqua, starring opposite Stephan James, Laurence Fishburne, and Skeet Ulrich. The series will be featured on Quibi, a short form mobile streaming service that takes long form content and breaks into bits (like a long story told in chapters). The series will then make its way to theatres as a feature film sometime next year. Previous credits include HBO’s True Detective, How I Met Your Mother, HBO’s Ballers, USA’s Satisfaction, amongst numerous others. Alyshia has also appeared starred as Cece in the feature film “The Other Woman,” opposite Cameron Diaz, Leslie Mann and Kate Upton, and serves as host to her podcast “That One Audition,” https://alyshiaochse.com/podcast/ , where she’s interviewed the likes of Jason Momoa, Peter Facinelli, Lucy Hale, Laurence Fishburne, etc., about their journey as an actor, the moment where their career took off, and what advice they have to impart on others looking to conquer their dreams. In addition to her work in front of the camera, Alysia is also author of “Life Letters,” which she wrote as a way to inspire others to look inward to truly understand our path and purpose. She initially wrote the book when she was experiencing a time in her life when she didn’t know herself or understand why certain things had occurred in her life. The book offers a guide to self fulfillment through letters written to one’s self and is available for purchase on her website: https://alyshiaochse.com/book/
Make sure to subscribe to AfterBuzz! – http://youtube.com/afterbuzztv
Follow us on http://www.Twitter.com/AfterBuzzTV