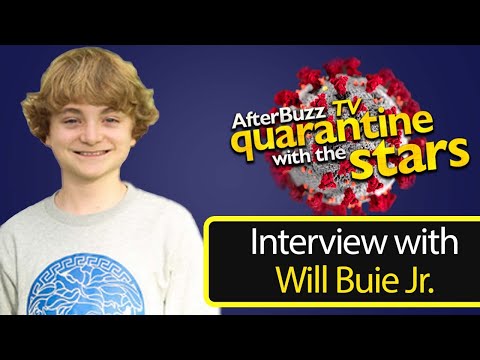 Will Buie, Jr. plays energetic and adventurous “Finn” in Disney Channel’s comedy series “BUNK’D.” The show’s fourth season is airing now and the show has also been picked up for a fifth. A cousin of camp counselor Lou, Finn is realizing his lifelong dream of attending Camp Kikiwaka. However, his fearless antics often land him in trouble. Additionally, Will was seen as a lead in the acclaimed Netflix Stephen King film In The Tall Grass with Patrick Wilson last October. Prior to landing the role of Finn, Buie was featured in a guest-starring role on “Modern Family” and had a recurring role as “Brad, Jr./Ella” on “Daytime Divas” and in the film Gifted. Originally from Atlanta, Georgia, Buie loves learning about cars and is a whiz with almost all makes and models. He also enjoys traveling, spending time with friends, playing X-box, driving his Traxxas Rustler, biking and playing soccer.
Make sure to subscribe to AfterBuzz! – http://youtube.com/afterbuzztv
Follow us on http://www.Twitter.com/AfterBuzzTV