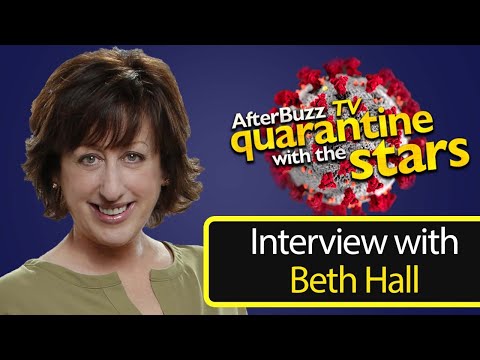 Beth Hall can currently be seen as Wendy on CBS’ hit show “Mom.” Season 7 of the show is airing now. Beth began her acting career appearing in commercials and in theater in New York City. Moving to Los Angeles, Hall booked her first television appearance with a guest role during the final season of “Murphy Brown,” on the Network. Hall portrayed Caroline, Roger Sterling’s secretary, on the Emmy Award-winning series “Mad Men.” Her other television credits include guest roles on “Curb Your Enthusiasm,” JANE THE VIRGIN, “About a Boy” and “Parks and Recreation.” Born and raised in Bogota, N.J., Hall attended Rutgers University. Currently, she resides in Los Angeles with her husband, Philip, and daughter. Follow her on Twitter at @BethHall and Instagram @realbethhall.
Make sure to subscribe to AfterBuzz! – http://youtube.com/afterbuzztv
Follow us on http://www.Twitter.com/AfterBuzzTV