Today Seinfeld celebrates its 32nd anniversary of the pilot’s first airing on NBC! To celebrate the groundbreaking sitcom, we’re giving Gen Z the ultimate guide for the hilarious series.

Many Gen Z-ers have probably heard of Seinfeld, but have not actually watched the 32-year-old show. In order for Gen Z to familiarize themselves with the sitcom, we’re providing a complete guide to the 1989 series. Although we won’t be able to look at Kramer (Michael Richards) the same since the actor’s racial outburst in 2006, Jerry (Jerry Seinfeld), Elaine (Julia Louis-Dreyfus), and George (Jason Alexander) are still celebrated for their sarcastic sense of humor and hilarious mishaps.

Seinfeld was created and written primarily by BFFs Larry David and Jerry Seinfeld. The series is about four single friends living in New York and navigating their lives together. In Robert Kubey’s book Creating Television, he interviews Larry David about the creation of Seinfeld. Larry explains that the show centers around a stand-up comedian coming up with his material based on his experiences throughout the day. As commonly summarized by many, Larry confirms that the show “really was about nothing” (David, Creating Television).

Jerry plays himself on the show, while Jason Alexander’s character, George, is supposed to resemble Larry David’s real-life personality and experiences. Larry knew Julia Louis-Dreyfus from her work on Saturday Night Live. He thought that she would be perfect as the role of Elaine, and he was spot-on right about that.

Although the main characters of Seinfeld can easily be unlikable at times for their sarcasm and selfishness, their over-exaggerated reactions to their wild experiences is what makes the show so funny.

Seinfeld truly has an influential impact on the television industry, so much that other shows have paid homage to the sitcom. It’s Always Sunny in Philadelphia has an episode in season 13 where they dress like the Seinfeld characters and reminisce over past experiences. In iCarly’s episode “IShock America”, the group visits a diner that looks shockingly similar to the café regularly visited in Seinfeld. Additionally, Seinfeld has popularized some terms from the series such as “yada yada”, “low-talker” and “close-talker”. 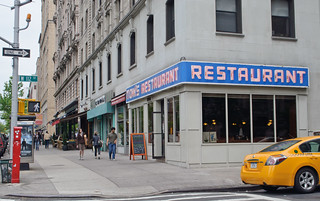 Overall, the 1989 sitcom has had a lasting impact on the television industry and in pop culture. Seinfeld reminds us of the 90s lifestyle and fashion, and has provided many laughs for the past 32 years and counting. The series can be watched for free on Hulu (Premium subscription) and Sling TV (premium subscription). However, Netflix has announced that they will be adding the series this year, rumored to be coming in September. For all the Gen Z-ers and new viewers of Seinfeld, we hope you’ve found a new series to binge-watch!

Lauren Weber is a Penn State University student majoring in Telecommunications and minoring in Spanish, and is an aspiring television writer and producer.

New Summer Music You Should Check Out!