Everything Has Been Revealed! But will it Tear Us All Apart? – S3 E4 ‘Westworld’ Review & Recap 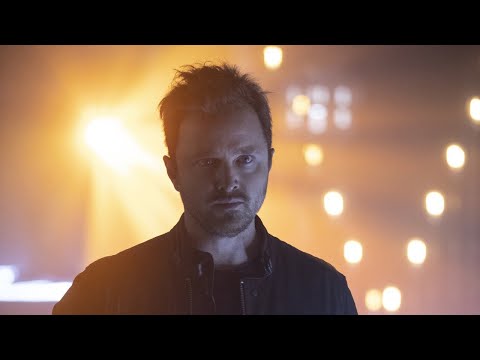 Episode 4 was full of mega reveals of epic proportion, as we finally learn that Delores is Charlotte Hale and a few other hosts as well. Delores has cloned herself not once but 5 times, answering a question we have all pondered: can a host live in multiple bodies at once.
William is also back and still struggling with hallucinations and confusion, eventually being tricked by Hale into a mental institution to spend the rest of his days.
Delores has hired Caleb to help her in taking down Liam, but Bernard and Ashley are hot on her heels. Their efforts culminate at a charity party for the rich where some epic fight scenes ensue. Liam escapes, with Caleb on his trail and Bernard is kept alive to be dealt with by Delores.
Maeve is still with Serac who is teaching her more about the world they are in. He convinces her to help him get Delores for she has the key to the Valley Beyond. She goes on a scavenger hunt following clues that lead her right to Yakuzo he also happens to be Delores. In the end she is stabbed. You’ll have to tune in next week to see is she survives.
Hosts : Alana Jordan, Nate Miller, Kari Lane and Alice Ford

The Westworld After Show
Things get wild in the Westworld Amusement Park, but we’re here to make sense of it all in the WESTWORLD AFTER SHOW. We’ll unpack the secrets, lies and jaw-dropping moments from robotic hosts and human guests alike. Subscribe here for reviews, recaps and in-depth theories and discussions of the latest episodes, as well as the insider scoop from cast and crew.
Westworld S3 E8 Recap & After Show: The Beginning of the End
by AfterBuzz TV

In the season 3 finale of Westworld these violent delights certainly did have violent ends. The episode begins with the question of whether you would be the savior or the villain, and as it continues every character is seemingly put to the test.

Caleb has taken Delores’s control unit and is off to continue the plan set forth by him with help of the oracle. First stop, rebuilding Delores with some upgraded parts. Delores and the Man in Black are ultimately destroyed in their quest to be saviors, but in their demise they raise the question of free will which sticks in Maeve. In the end Caleb and Maeve end up on the same side taking down Serac and Rehobaom. With humanity now under its own free will the hope is that it will slowly rebuild itself from chaos. Hale has grown to be unlike Delores and wants the human world to be taken over by hosts, and in the end she seemingly comes out on top. As the host revolution and human downfall play out, Bernard is at a seedy hotel with the key. Years go by or so it seems, when he awakes we don’t yet know….in season 4 we will see.