‘Dishin Days’ Days of Our Lives Recap & After Show: Wedding Bells and Revenge 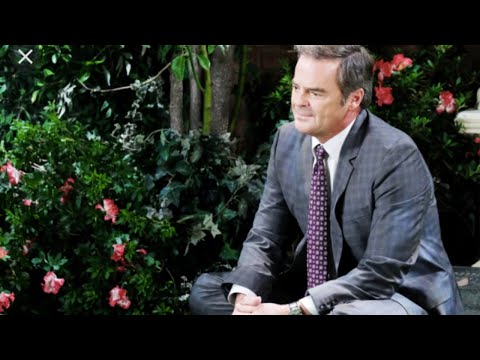 Stroll down into Salem to “dish days” with our hosts on THE DAYS OF OUR LIVES AFTER SHOW. We’ve got the low down on the love lives that are the talk of the town, from the Bradys, to the Hortons and the DiMeras. Tune in weekly for reviews, recaps and in-depth discussions of the latest episodes, as well as the insider scoop from cast and crew members from the show.

This week on Days of Our Lives with John as hostage, Orpheus sets his plan in motion! Marlena and Steve meet him and prepare to make the exchange when Steve zaps Orpheus through his cell phone rendering him unconscious. He’s arrested however, it’s not so clear for Zoey who we discover has a child who is being held captive. Rafe and Hope let Zoey go once David has been found.

Though Orpheus has been captured he leave one last “gift” for John and Marlena; A bomb under the couch! Fortunately, Hope finds it, and saves the day getting it out in time.

With Orpheus captured, Justin wants revenge, and contemplates taking Orpheus’s life but Steve talks him out of it. Coming off the heels of Adrienne’s murderer being caught he decides to propose to Kayla with Sonny’s blessing.

And several women in Salem reach major milestones; Abigail leaves Salem to seek treatment, Lani finds out she’s pregnant, and Sarah uses Brady to get back at Xander!

There’s wedding bells in Horton Square with Ciara and Ben, Eric and Nicole, Eli and Lani, and Kayla and Justin all planning their weddings. It’s going t be a HOT summer in Salem!

Dishin' Days: a Days Of Our Lives Podcast
Stroll down into Salem to “dish days” with our hosts on Dishin' Days; a Days Of Our Lives After Show! We’ve got the low down on the love lives that are the talk of the town, from the Bradys, to the Hortons and the DiMeras. Tune in weekly for reviews, recaps and in-depth discussions of the latest episodes, as well as the insider scoop from cast and crew members from the show.
Lamon Archey, James Reynold, Vanessa Williams, and Sal Stowers GUEST on 'Dishin Days'!
by AfterBuzz TV

This week on Days of Our Lives we see 54 years of history in the making with the first African American on-air marriage of Eli and Lani! Of course, not without some daytime drama and hiccups like Lani’s mother fainting during the ceremony due to low blood sugar, and then Gabi crashing the wedding in her fabulous icicle jumpsuit. Julie and the guests quickly shut her down and just when poor Lani catches her breath Vivian Alamain returns for revenge! Holding Lani at gunpoint, Lani pleads not just for her life but the life of her unborn child. Thankfully, Rafe steps in and disarms Vivian but nerves are rattled to say the least. Will these two ever get married? YES!  Vows are exchanged, brooms are jumped and Lani and Eli share a romantic wedding night.

Meanwhile, Gabi is freed from charges of poisoning Abigail and is determined to prove Jake’s identity. She gets the DNA results and with Jake present, discovers that he is indeed Stefan O. Dimera. Jake is completely overwelmed and on the suggestion of Gabi meets his mother, Vivian, for the first time while she waits at the police station on charges of attempted murder. He’s convinced Gabby and Vivian are certifiable and flies into the arms of Gwen who won’t give him up without a fight.

Meanwhile against Ben’s wishes, Ciara continues to let Claire act as maid of honor and the two go shopping for wedding dresses. Ciara finds the dress of her dreams and it’s Claire’s responsibility to return the dress to the boutique. Ciara is later told by the boutique that the dress has been found full of nail polish and is destroyed. Cut to Claire doing her nails…is she truly recovered from her breakdown or is she on another revenge plot against Ciara?

Other storylines have Allie wanting to adopt her baby out and choosing Rafe as the most likely candidate, while Will and Sonny step in saying they’d like to adopt the baby.

Kristen surprises Lani with a quick visit to congratulate her and accidentally runs into Brady. Will the two leave town together? Not before Chad finds them and asks for her Dimera shares to give him leverage to ward off Gabby.