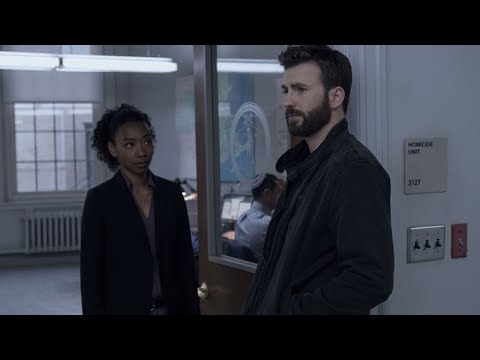 How do you defend someone accused of murder? How do you not when that person is your 14-year-old son? Join the DEFENDING JACOB AFTERBUZZ TV AFTER SHOW as we explore Apple’s adaptation of William Landay novel. Subscribe and comment to stay up to date.

We are just days before the trial and Laurie is losing faith and Andrew is losing his temper. From screaming at Jacob, nearly beating up Neal to crashing his cars into Leonard’s Patz’s car at a stop sign, Andrew is a live wire.

He’s at his wits end because even though Matt has implicated Patz to the police, a search of his home finds nothing. Likewise a search of Ben’s phone after hours of digging, paints the picture of a happy kid with a loving family.

The evaluation is complete and shows that Jacob has some anti social and violent tendencies. Probably most disconcerting is his lack of empathy and his grey moral reasoning. Andre continues to ignore any signs that his son may be troubled as Laurie becomes even more convinced that something just isn’t right with their son.

Defending Jacob After Show Podcast
How do you defend someone accused of murder? How do you not when that person is your 14-year-old son? Join the DEFENDING JACOB AFTERBUZZ TV AFTER SHOW as we explore Apple’s adaptation of William Landay novel. Subscribe and comment to stay up to date.
Defending Jacob S1 E8 Recap & After Show: Patz Confessed But That Doesn't Mean Jacob's Innocent!
by AfterBuzz TV

We get a Patz confession, but with a closer look, we see that it was coerced by Billy Barber’s old friend Father O’Leary. His name makes so much sense now! As far as everyone else knows the confession was real and Jacob is innocent. But once Andy finds out the truth not even a trip to Mexico with a new carefree Laurie in a bikini can lighten his mood. He eventually tells her what he knows when they find themselves being questioned my Mexican authorities in relation to Jacob and missing friend, Hope. Jacob is cleared with that investigation once Hope is found but things have been irreparably damaged. Shockingly, while trying to get “the truth’ from Jacob in the way to the barber, she declares she can’t take it anymore and crashes the car with both of them in it.