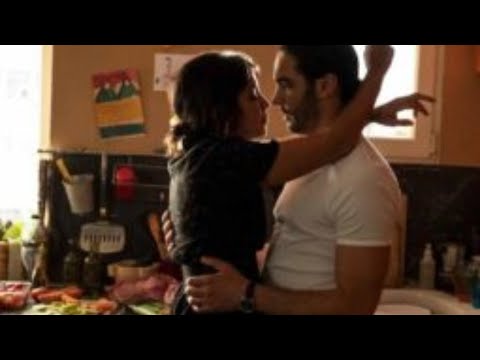 Jazz, Paris and crime, what more could a viewer want?Join us on THE EDDY AFTERBUZZ TV AFTER SHOW PODCAST as we watch this jazz man fight for his work and daughter. Subscribe and comment to stay up to date.

Julie and Sim go on an adventure together and she discovers a new element about him. Sim reveals that he needs to get enough money in order to pay for his grandma’s trip to Mecca, but things don’t go as planned when it comes to retrieving the money. Plus, Elliot still cannot find the money Farid left behind. Not to mention, Elliot gets a surprise visit at the club that left viewers with their mouths to the floor.
Today’s After Show was hosted by Ally Janes, Toree Weaver, and Sana Moore!
Make sure to subscribe to AfterBuzz! – http://youtube.com/afterbuzztv
Follow us on http://www.Twitter.com/AfterBuzzTV

The Eddy After Show Podcast
Jazz, Paris and crime, what more could a viewer want?Join us on THE EDDY AFTERBUZZ TV AFTER SHOW PODCAST as we watch this jazz man fight for his work and daughter. Subscribe and comment to stay up to date.
The Eddy S1 E8 Recap & After Show: The Outro
by AfterBuzz TV

The season finale of “The Eddy” definitely delivered! Answering most of our pressing questions, it still left it up to us to use our imagination when it comes to the fate of the beloved Jazz club, “The Eddy.”

We first see Julie and Elliot picking up Julie’s mom, Allison, and her step father from the airport. The four go to a nearby cafe for lunch where Allison expresses her concern for Julie and begs her to move back home to New York. We finally see Elliot take control as he tells Allison she will not be leaving; he also explains how much he loves and cherishes Julie. We see a side of him that we have not yet seen.

Back at the club, Sim is preparing the bar until disaster strikes and a group of men come in and attack him. This worries Elliot and the band as it is a sign that everything with the gang and Sami is not over.

The band decides to perform that night, despite the earlier attack. We see Elliot finally take the stage but he struggles to play. Julie ultimately saves the day by joining her father. The two perform a beautiful duet and it was quite an emotional moment — and by far my favorite moment from the entire series.

As soon as Julie and Elliot finish their performance, the magical moment quickly fades as a bomb goes off. A fire erupts and glass shatters everywhere. No one was harmed, but “The Eddy”.

Following the devastation, Elliot wants justice and decides it’s time to finally work with the cops. He and the detective come up with a plan to land Sami behind bars.

In the final scene, we see a light of hope. The band comes together at a cafe where they decide to do what they do best: play. They take to the starry streets of Paris, performing the song “The Eddy”. We see Elliot smile, and we know that all will be ok, as long as they have each other and their music.

I Know This Much is True S1 E1 Recap & After Show: Off With His Hand