Legends Of Tomorrow S5 E12 Recap & After Show: Shotgun Nate in the house! 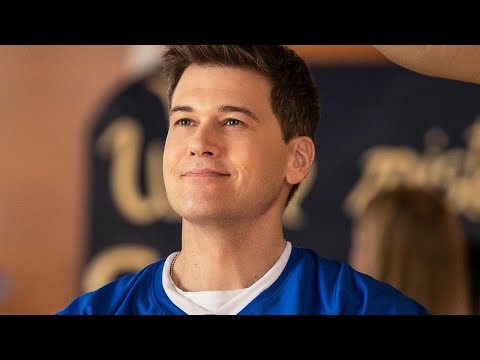 The Legends are researching to find a way to give them access to god like abilities so that two of them can work with Charlie to rebuild the Loom of Fate.  Constantine comes across a page talking about the chalice of Dionysius.  Nate recognizes that chalice from his time in college when he tried to steal it from a rival fraternity.  Gideon tells them the chalice is still at that fraternity.

The Legends head to Hudson University in 2020.  Lita is still on board and decides to take a tour of the university since it was suggested by her councilor that she apply.

As Lita and Rory tour the campus they encounter another family that is a legacy.  Feeling uncomfortable about their family life but Rory and Lita lie about facts to make themselves look better.  Rory even says that Nate is Akita’s real dad and leaves the two of them to go back in time and give enough money to the campus to get his name on a building which he shows to Lita.  Rory tells her that she is a shoe in to be accepted at Hudson.  Lita says that she was looking forward to going to college to find her people and she doesn’t think she’ll find them at Hudson.

Meanwhile the rest of the Legends check out the various fraternities and sororities that are looking for new pledges.  Nate shows off his shotgunning skills to one fraternity and then the fraternity with the chalice show up carrying in their leader holding the chalice which Charlie recognizes as Dionysius.  Charlie talks to Dion, as he goes by now, and he tells her that he never leaves college because the party never stops and he has lots of followers to give him power.

Astra is tired of waiting and wants the chalice now.  She tries to pick it up where Dion left it but is unable to.  Dion tells the Legends that only a god can lift it and only Dion can make them a good.  And the way to do that is to win the chug challenge.  And the only way to do that is to be in a fraternity or sorority.

While Sara, Zari, Astra and Ava create a new sorority, Nate stops by Dion’s fraternity.  Dion breaks out his special IPA for Nate and when he drinks it he falls under Dion’s power and tells him that the Legends are trying to rebuild the Loom.  Worried that they will make the party end, Dion goes to the Legends Sorority house and tells them they aren’t allowed to compete in the chug challenge.

Astra has had enough and goes to burn down Dion’s fraternity house.  Charlie stops her and listens as Astra vents her frustrations that the Legends aren’t listening to her and want her to change.  Charlie tells her that’s not the case and what is great about the Legends is that they accept you for who you are.

Nate pops up holding a keg and despite being under Dion’s spell tells them that if Dion loses followers he loses power over the chalice.

The Legends decide to throw a rival party and lure the partygoers over from Dion’s fraternity.  Rory tries to move the chalice with no luck.  Dion arrives at the Legends party and says that they can’t beat him.  Sara challenges Dion to beer pong winner take all.  Sara uses her new abilities to look into the future and see all of Dion’s moves and easily beats him.

The Legends now can drink from Dion’s chalice
And gain the power of a god for a day.  Rather than just have two people drink it all of the Legends, except Zari, decide to take on the burden and all share godhood.  They all drink and gain the power of a god.  When Astra walks a young sorority sister to her ride share she is surprised by Charlie’s God sister.  She tells Astra that she owes her for helping her with Constantine and it is time to pay up.

The Legends of Tomorrow After Show Podcast
The timeline of today must be protected by the Legends of Tomorrow… Come hear all about it with the AFTERBUZZ TV LEGENDS OF TOMORROW AFTER SHOW PODCAST! Join us in OUR timeline as we break down and analyze every episode and character. Make sure to stick around for our fun special segments, news and gossip!
Legends Of Tomorrow S5 E15 Recap & After Show: A Date with the Fates
by AfterBuzz TV