Labor of Love S1 E2 Recap & After Show: Look out for the Bear! 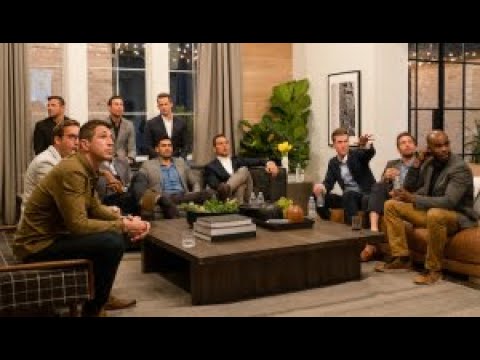 A lot goes into starting a family, and in this game show, no expense was spared on that front. Join us on the LABOR OF LOVE AFTERBUZZ TV AFTER SHOW PODCAST as we follow Kristin Davis in her pursuit to help a woman find the right man for her. Subscribe and comment to stay up to date.

Thirteen eligible men remain to compete for Kristy’s heart and to be the father of her children! Tonight the potential dads went camping, and were given the challenge of being confronted by a “bear” to see how they would handle protecting a family. Initially the men didn’t know that the bear wasn’t real, and most of them sprung into action to protect Kristy! She felt that Matt and Alan reacted the best in this unnerving situation , and were the winners of the challenge.
Matt and Marcus got to go on the first one-on-one dates with Kristy. She and Matt got much closer on their date, as she opened up about surviving a terrorist attack in France. She then had a fun-filled date with Marcus at a professional basketball game, and both dates were sealed with a kiss.
The men in the house were upset when they found out that one of the contestants, Angelo, told Kristy some unflattering things about some of them.
Ultimately, Kristy let two more men go, Budge and Mario. She felt that Budge’s lifestyle doesn’t align with what she envisions for her family, and Mario was dead-set on only having boys, a deal-breaker for Kristy.
After tonight’s bear attack, who knows what challenges are coming next week!
Hosted By: Mike Thieling, Lisa Masi, & Nate Harris