Will Catlett l Dish Upon A Star 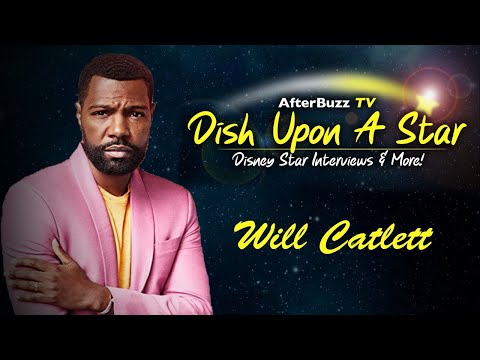 Welcome to AfterBuzz TV’s Dish Upon A Star where Chae’ Jones does an in-depth interview with some of your favorite past and present television and movie stars. We’re talking about their time on set, life after the show/movie ended and what are they up to now. Plus, your favorite game where we find out just who knows it better, the actor who played the character or the interviewer.

Catlett was born and raised in Alexandria, Virginia, where he attended the legendary T.C. Williams High School from “Remember the Titans”. He is also an actor, writer, director and photographer. After finishing his secondary education at the University of La Verne California, his Hoop Dreams became my past and his love for the Arts became his future. Since moving to Los Angeles in 2007, he’s had much success in television, appearing on several popular TV shows and commercials. His most recent work is the feature films Charm City Kings and Force of Nature, Black Lightning on the CW and Love Is___ on OWN. He believes in the words “Build it and they will come” and if you have made it to this last sentence, I know that you’re ready to build your own door to your destiny. I leave you with this, “Know that you are powerful beyond measure, and in your breath, is the way.”

Antwon Tanner (born April 14, 1975) is an American actor. He is best known for his recurring role as Michael on the UPN sitcom Moesha (1996–97), and its spinoff The Parkers (2001) and as Antwon “Skills” Taylor on the drama series, One Tree Hill.

Tanner is mostly known by his role as Antwon “Skills” Taylor on the CW show One Tree Hill. Tanner had a starring role in the 2005 film Coach Carter, where he starred alongside Samuel L. Jacksonand has appeared in TV series such as NYPD Blue, 413 Hope St., Sister, Sister, Moesha, The Parkers, and CSI. Tanner also had a role in the film The Wood. In 2007, he starred alongside Brian Hooks, Denyce Lawton, and Cherie Johnson in the horror film 7eventy 5ive.

Snapchat Issues Apology After Missing the Mark with Juneteenth Filter