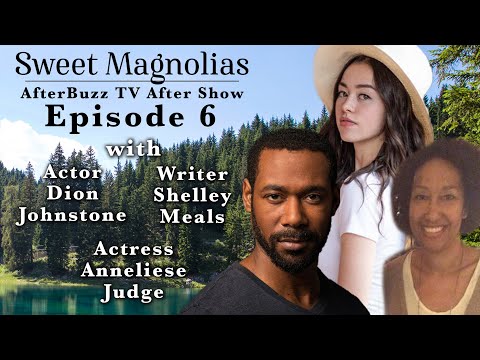 Everyone’s best intentions go awry! Cal’s intentions for Maddie conflicts with how Ty views their relationship. Erik’s intentions to help others results in him seeking help himself. Ty’s intention is to keep what happened with Annie a secret, but when it’s exposed she blames Ty!

Annie wakes up the next day, remembers kissing Ty and is horrified to hear the audio text she sent Ty. She runs into him after church wanting to clear the air but he avoids her. At school, it’s gotten around how drunk she got and has to deal with people whispering behind her back. Ty shares what happened with Annie with his friend Gabe and plays him the audio. While they’re talking Jackson gets a hold of Ty’s phone and ends up sending the audio text to the baseball team. Ty texts Annie “thought you should” know and Annie is furious. Ty comes over and the two of them argue. She blames Ty saying this all could have been avoided if he’d just talked to her instead of avoiding her. She lies and tells him the kiss didn’t mean anything and kicks him out of her house.

Maddie tells Ty she’s going to dinner with Cal, and meets with Tyler’s disapproval. Maddie and Cal go on their first date and everything is perfect until she gets a call from Bill. The kids had come over to he and Noreen’s for dinner with disastrous results. When Maddie finds out Bill and Noreen ask the kids to be in their wedding, she is furious with Bill. Ty is upset most of all. She and Ty have a heart to heart conversation. Maddie makes it clear she supports whatever Ty wants or doesn’t want to do about being in the wedding.

Erik’s intentions to help others have resulted in him experiencing bouts of PTSD.  We see him attend a meeting for those suffering from PTSD, realizing he needs help. When Isaac hints at knowing about Erik’s past Erik confronts him wanting to know why he’s digging around his past. An upset Isaac confesses he thought Erik might be his father. Erik tells him in no uncertain terms to stop digging around in his past and that he has no children.

Plus, writer and co-EP Shelley Meals, and actors Anneliese Judge (Annie Sullivan) and Dion Johnstone (Erik Whitley) join the after show! Shelley Meals talks about writing the angst, teenage and otherwise, that humanizes all the characters. Anneliese Judge shares that this is her first major role, and gives behind the scenes on how she delved into Annie’s world that is so completely opposite from her own in real life. Dion Johnstone tells about his love for the character of Erik; His complexities and humanity. Dion raises the topics of redemption and healing; How someone as broken as Erik can come out the other side by asking for help. Dion’s hope is that the message of healing is always possible through kindness and compassion.

Be sure to check out the official Sweet Magnolias After Show hosted by:
Jaimi Alexander
Bryant Santos
Tami Goveia
Kelsey Meyer
After Show Playlist:
https://www.youtube.com/playlist?list=PL6THzna6gLceNzUJ6z6LnImLEp9hsDr-9